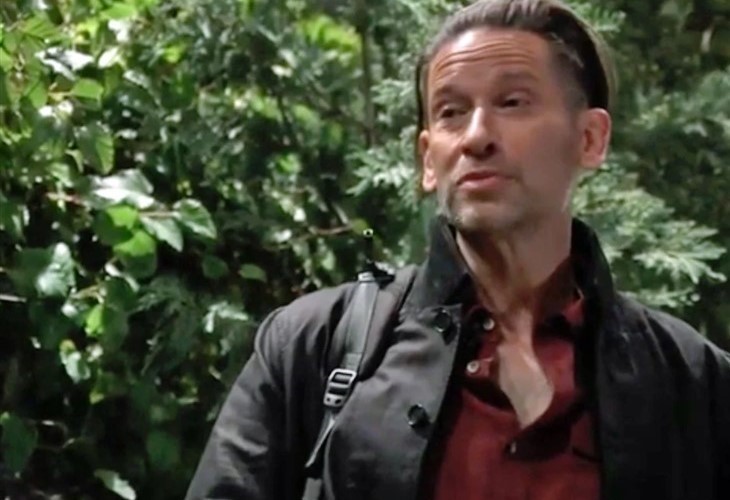 General Hospital Spoilers tease that Maxie Jones’ (Kirsten Storms) outlandish plot to keep her baby safe from Peter August (Wes Ramsey), the baby’s father has been mostly successful, although there have been some snags along the way. Planning to let Brook Lynn Quartermaine (Amanda Setton) raise her baby until Peter was either killed or incarcerated, the first problem was that Maxie was kidnapped right before she gave birth by a nurse Peter had hired.

General Hospital Spoilers – Maxie Jones Was Alone In The woods Until Dr. Austin Gatlin-Holt Showed Up!

Taken to an unknown place, Maxie got the better of the nurse, and got away. But Maxie was alone and lost in the woods and had no idea where she was. And then a miracle happened. Dr. Austin Gatlin-Holt (Roger Howarth) showed up. He just happened to be a doctor and out hiking right as Maxie needed him. He helped Maxie deliver the baby, but the Peter’s nurse showed up and knocked him out. Maxie took her baby and ran, eventually luring the nurse to walk over a gaping hole in the ground. The nurse fell and died, but Maxie secured her phone.

Maxie used her phone to call Brook Lynn, while Austin was still unconscious or most likely, hovering in and out of consciousness. Brook Lynn soon showed up and Maxie and Brook Lynn had a brief conversation before Maxie handed her the baby and Brook Lynn took off with the baby. Austin does remember parts of the conversation the two women had so its likely he could eventually remember the whole baby switch.

Anna doesn’t know about the switch, but she is determined to help Maxie find her baby. She has suggested that Maxie and August relive the night of the baby’s birth right in the location it all went down. Of course, this could lead Austin to remember that it was Maxie herself that gave her baby to Brook Lynn. The question is, will he say anything or will he finally understand that the entire plan was to keep the baby safe?

Does Austin know more than he realizes? Will a trip into the woods jog his memory? Will he reveal what he knows? Anything can happen in Port Charles so stay tuned to General Hospital airing weekdays on ABC. And don’t forget to check back right here regularly for all your General Hospital news, information and spoilers!