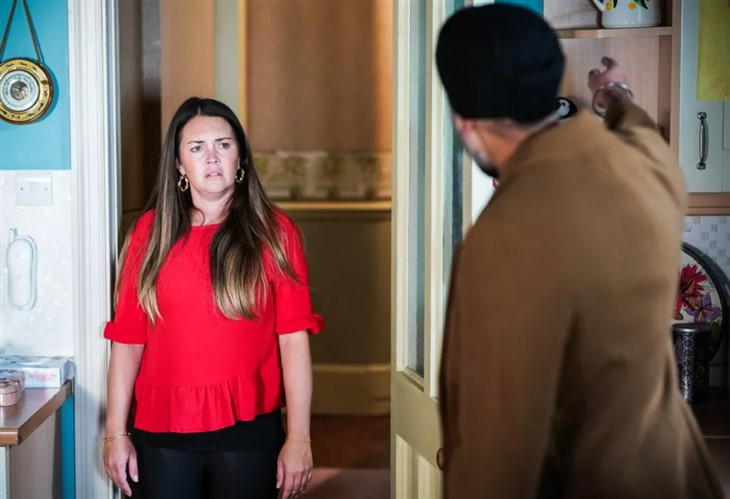 EastEnders spoilers and updates tease that Stacey Slater (Lacey Turner) may have a chance to finally be romantically involved with Kheerat Panesar (Jaz Deol). However, she’ll face a major setback that will threaten her shot at romance.

Fans may recall that Stacey had a one-night stand with Kheerat in 2020. They liked each other but they didn’t have the chance to explore it further because of Stacey’s Stint in prison.

But she’ll get another opportunity to get close to him once again. Stacey launches her new market venture – Stacey’s Baps, with the support of Jean Slater (Gillian Wright) and Eve. And when Kheerat stops by to order, it’s obvious that they still like each other.

However, she’ll face a major setback when someone gets food poisoning from the food prepared from her van. And that unfortunate person is no other than Kheerat. To make things worse, Kheerat’s mom, Suki Panesar (Balvinder Sopal) announced to everyone who was falling in line waiting to be served by Stacey that her son got food poisoning from her food.

Kheerat recovers from home and she’s being cared for by her new doctor Nina, who seems to be taking a liking to him. Stacey decides to pay Kheerat a visit. But did she miss her chance to pick up where they left off in 2020?

Spoilers hint that Kheerat will still be interested in Stacey despite his food poisoning experience from her van. She’ll be excited when she’s set to go on a date with Kheerat.

But things won’t go as planned. Stacey will be frustrated when she can’t reach Jean after trying to get in touch with her so many times. Stacey calls on Jean’s doctor, which will frustrate her mom when she finds out and confronts Jean for meddling with her personal business. Stacey will extend an olive brand but how will she react?

Mick Carter (Danny Dyer) will try his luck once again as he goes on a date following his split from Linda. He joins Mitch Baker (Roger Griffiths), Rocky Cotton (Terry Cant), and Patrick Trueman (Rudolph Walker) for speed dating at Ruby’s Club.

While the speed dating is underway, the group gets surprised when they see someone who looks a lot like Linda. Mick will insist that they go through the date. However, he’ll struggle as he misses his true love. Even though he was drunk, Mick’s date gave her number so they could meet again.

General Hospital Spoilers: Maxie Tries To Gaslight Peter, But Will He See Through It?