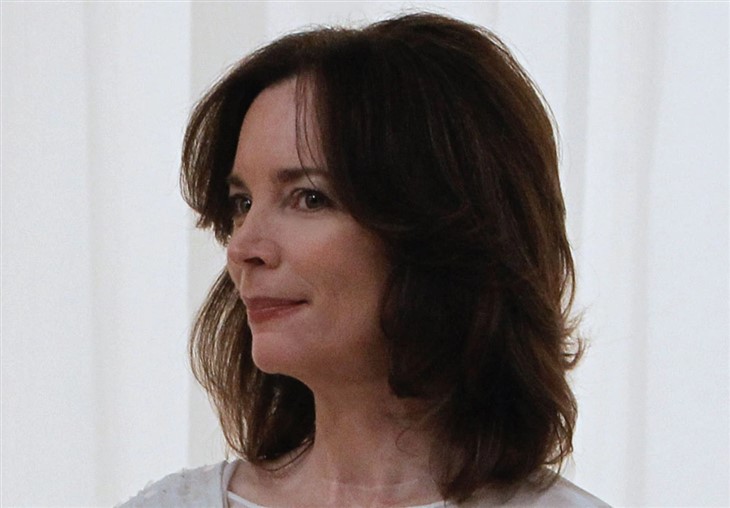 Sasha Gilmore Corbin (Sofia Mattsson) is set to go on the fictional talk show Home and Heart this coming week where she is also set to melt down. Perhaps this time Brando Corbin (Johnny Wactor) will realize that his wife truly needs help and she will get it.

In the meantime, GH has lined up more than one soap opera veteran to play some small roles in this big production. Morgan Fairchild, who started her soap career on Search For Tomorrow and also appeared on The City, and most recently, Days of Our Lives, will play the Home and Heart Host, Haven de Haviland. We will also meet another colorful character named Flora Gardens, a home shopping star. Susan Batten, who is known to soap fans as Luna Moody on One Life to Live, is set to appear as Flora.

It’s been nearly 30 years since Susan Batten appeared on soaps on a regular basis. She played Luna, Max Holden’s (James De Paiva) love and wife on One Life to Live from 1991-1995, but also appeared for years as Luna’s ghost. Like other OLTL stars, she has remained friends with GH Executive Producer Frank Valentini and just mentioned to him that maybe she wants to act again. As Valentini loves to accommodate his friends, Batten’s wish came true.

“I’ve been writing for a while and during COVID, I think we all felt like we need a little soul replenishment,” Batten said in the July 5, 2022, issue of Soap Opera Digest. “I told Frank, I miss acting. I miss that whole energy of being part of a collaboration of actors and feel like I want to do that again.”

Of course, being back on a soap set brought back memories and also reminded her how fast-paced a soap could be. She couldn’t believe there would be that much dialogue to remember. “There were moments where I felt like, ‘Oh my god, I can feel my lips flapping and I don’t know what’s coming out. It was just so much fun and I value the whole experience.”