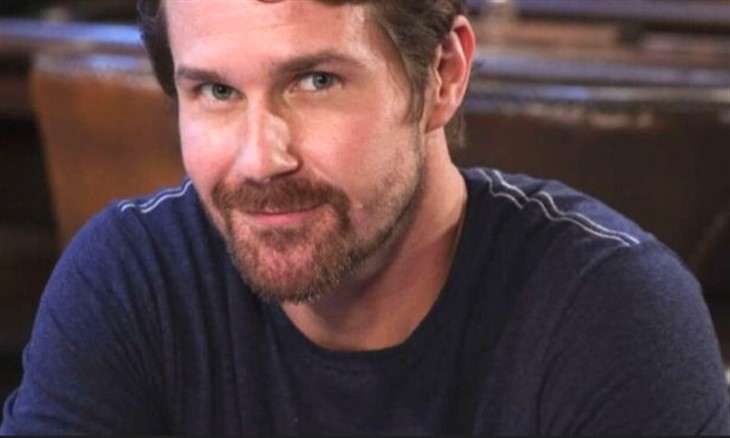 Cody apparently has been a cowboy during his life journeys and told Sam McCall (Kelly Monaco) and Dante Falconeri (Dominic Zamprogna) about it. But when Sam told him her family had a stable with horses he didn’t want to check it out to get a job there. Yet now, he shows up at the Quartermaine stables for an otherwise unknown reason, unless he’s suddenly decided to ask for a job at their stable!

Cody seems to be a man who changes his mind on the spur of a moment, but maybe he’s trying to pay Selina Wu (Lydia Look)!  He cleaned out the house at the poker game at The Savoy and maybe he doesn’t want to get beaten up again!

It would take Cody a very long time at the average stable hand’s pay to make enough to pay that debt back, because Selina’s game is a high stakes game! Cody beat all her gambler guests and forced many to cash out and leave the game, and perhaps she could have thought of a better way to handle it.

She could have rigged it and Cody could have worked for her and split the profits, but instead she had her enforcer Li (Samuel Wang) beat him up! Perhaps Cody thinks a wealthy family like the Quartermaines could and would pay him a better wage than the average stable owner and that’s why he’s there! Obviously, he has no idea that Michael is Dante’s brother by adoption through Sonny Corinthos (Maurice Benard) or he could have had Dante talk to his mom about a job!

General Hospital Spoilers – A Rude Interruption Of A Private Moment

Michael and Willow have no idea who Cody is and they are startled in the middle of a private moment when he shows up unexpectedly! Michael’s first reaction is to ask how did he get past the guard, and who is he and what does he want, whereas Willow realizes he’s not from around there. Suspicious Michael can’t help but wonder if he’s been sent by Sonny until Cody says something about being a childhood friend of Dante’s; Dante hadn’t told Cody he lives there.

Cody is embarrassed to have interrupted them in a private moment and does admit he’s looking for work and has experience with horses! Michael tells him he’s not in charge of that, and refers him to Ned Quartermaine (Wally Kurth) and Monica Quartermaine (Leslie Charleson).

Dante’s not there and neither is Rocco Falconeri (Brady Bauer) but Michael and Willow are accommodating given the rude interruption of their romantic moment and give Cody the grand tour! They take him around the stable to see all the other horses, as he’s already seen Leo Quartermaine’s (Easton Rocket Sweda) new horse.

Then they take him inside the mansion, and Cody’s never seen anything like it; he is very impressed. Michael is still cautious and somewhat suspicious until he introduces Olivia Quartermaine (Lisa LoCicero) and she hasn’t met him but remembers his name from Dante talking about him as a kid. Ned isn’t home and neither is Monica, but she tells him to return in a few hours and she’ll see what they can do. Cody thanks her, Michael and Willow for their time and agrees to come back later. Be sure to catch up on everything happening with GH right now. Come back here often for General Hospital spoilers, news, and updates.