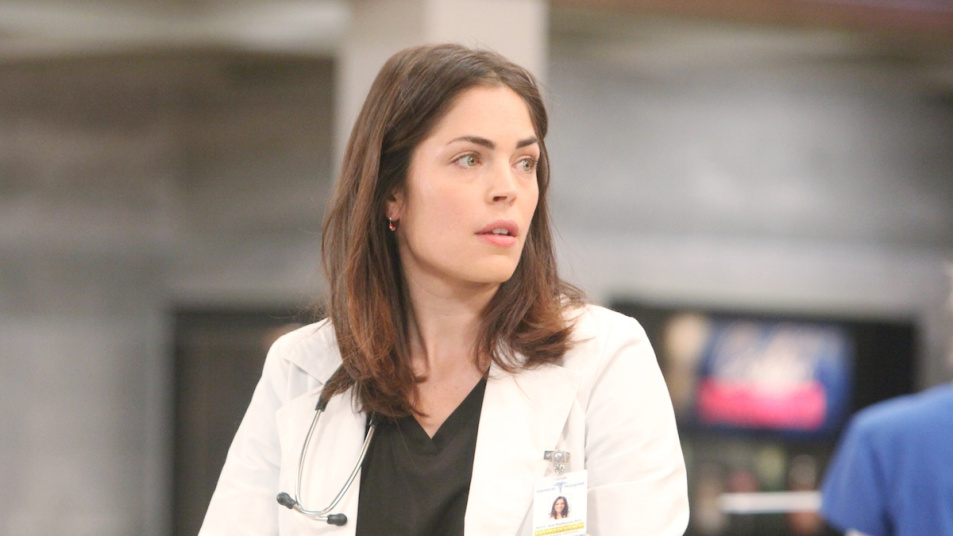 ABC General Hospital spoilers tease that no one may be more excited that the Britch is back than her lovely and talented portrayer, Kelly Thiebaud. Britt Westbourne returned to town large and in charge last Friday and it’s fair to say that things may never be the same again in Port Charles!

Britt took the hospital by storm, making scheduling changes and demoting those she has tangled with in the past. In particular, she took aim at nurses Elizabeth Webber (Rebecca Herbst) and Epiphany Johnson (Sonia Eddy). It seems that Britt is now the GH Chief of Staff, and she and Cyrus Renault (Jeff Kober) are clearly not to be trusted!

Kelly recently talked to Soap Opera Digest about her latest stint in town, and we have the sizzling details for you here.

When asked about her return, Kelly’s response may surprise you. She noted, “I kind of thought, because of COVID and all the time off that production had taken, [that] there would be no way GH would bring me back or even think of bringing me back, but I was wrong!”

When executive producer Frank Valentini got a hold of her she was, “out on a two-week road trip with very little service when he texted me out of the blue and asked for me to call him! Luckily, I had cell service right at that moment. I called him and we chatted about Britt coming back to town.”

Needless to say, Kelly is having a great time reprising the role of Britt, the mean girl fans love to hate. This time around she once again has a story with mob guy Julian Jerome (William deVry) who fans think could be her baby daddy.

Britt was once involved with Nikolas Cassadine (Marcus Coloma) as well and she shared her thoughts on the cad. “So much history between those two characters! Marcus is so sweet and so great to work with. During the scene where Britt slapped him, I accidentally smacked him really hard and he took it like a champ.”

General Hospital spoilers – What will Britt do next to terrorize Port Charles?

So, what does Kelly think is next for her scandalous character? She said that she would enjoy playing, “something that’s very moving and relatable for the fans.” Could that mean motherhood?