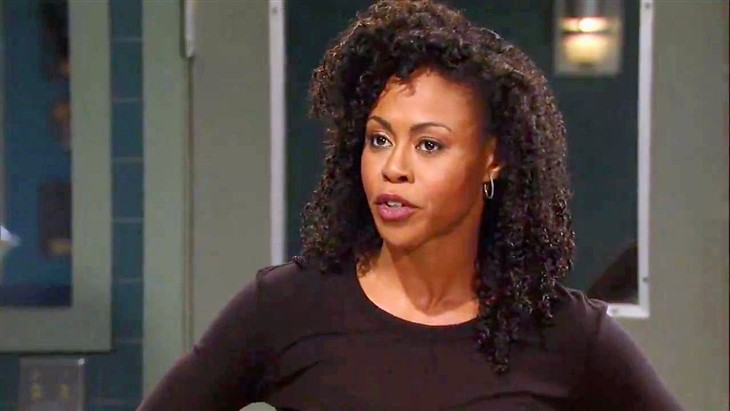 ABC General Hospital alum Vinessa Antoine (Jordan Ashford) stars in the Canadian television series Diggstown. It was just announced that CBC has officially renewed it for season 3. This is great news for the GH alum! Keep reading to find out more about the actress, Diggstown, and what other projects she has worked on.

General Hospital Spoilers – What Is Diggstown?

According to CBC’s official website, Diggstown centers on Marcie Diggs (Vinessa Antoine), a powerful and successful corporate lawyer who deals with her aunt committing suicide. The death comes after a malicious prosecution. It causes Marcie to reconsider her priorities. The show summary also reads,

“The team of lawyers that Marcie works with are a curious band of do-gooders, cynics and scrappers – messy souls struggling to keep personal disappointment and demons out of their practice. They work directly in the community to find justice for their diverse clients, exploring issues of racism, poverty, and gender bias.”

According to Deadline, CBC renewed the TV show. Production for season 3 will take place in Halifax, Nova Scotia, Canada sometime next year. Sally Catto, General Manager of Entertainment, Factual & Sports at the network issued a statement,

“[Diggstown and Burden of Truth] look at the legal world in a ‘distinct lens by highlighting systemic corruption, injustice, and discrimination in the legal system, including anti-Indigenous and anti-Black racism. These two series offer a unique take on the traditional crime procedural, and continue to engage audiences across the country each season with strong performances and original storylines.”

The character of Jordan Ashford in General Hospital was introduced in 2014. Antoine played the part until 2018. Then, the role was given to Briana Nicole Henry. Like many soap opera characters, she has quite the history. In the long-running ABC soap opera, Jordan was a drug dealer at one point. Then, she did some undercover work for the DEA (Drug Enforcement Agency) until she was fired. Eventually, she would become the police commissioner.

The actress has been in an extensive number of projects during her career. Some of these include Annie O, Soul Food, Haven, Being Erica, Heartland, NCIS, The Resident, and Interrogation.

We send Vinessa Antoine and her co-stars a great big congratulations on Diggstown being renewed for season 3!

The Bold And The Beautiful Spoilers: Sally Seduces Wyatt, Will Her Baby Plan Work?