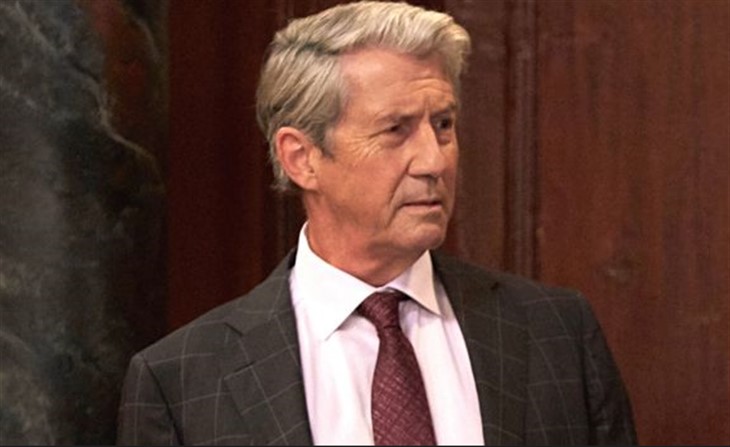 General Hospital spoilers tease Nikolas Cassaine (Marcus Coloma) has spent weeks dodging his Uncle Victor Cassadine’s (Charles Shaugnessy) attempts to move into his palace on Spoon Island. Nikolas wasn’t exactly in the mood for a houseguest, and he certainly isn’t feeling rooming with the guy who is pressing him to divorce the woman of his dreams, his wife, Ava Jerome Cassadine (Maura West).

However, Nikolas knows Victor has him over a barrel a bit and he doesn’t want to rock the boat. So when Victor showed up with his luggage in tow, he knew he couldn’t turn him away. How he’s going to keep Victor away from the north tower and Esme Prince (Avery Kristen Pohl) is another story, and he’s yet to figure it out. For the time being, he just might play into Victor’s hands as his uncle starts to think he knows what’s going on when he doesn’t.

Now that Victor is living at Wyndemere, it’s going to be hard to explain Elizabeth’s frequent visits. If she just shows up for a half hour and leaves, that will look strange to Victor. It will also seem odd if she comes around only to sneak off to the north tower and then reappears only to leave.

It won’t make much sense if Elizabeth comes over to get lost in the castle’s many hallways by herself while Nikolas goes about his business. So Nikolas may have to start going to the north tower with her, which will make it look like they’re sneaking off into the castle together. Soon, Victor might get the idea that the renovation of the north tower was just a lie Nikolas told Victor to throw him off because he was having an affair with Elizabeth.

When Nikolas continues to insist to Victor that he isn’t involved with Elizabeth in any romantic fashion, Victor might start to believe him. Still, it’s going to leave him more confused than ever about why Elizabeth is coming over so often then, and what they’re up to when they’re slinking away in search of privacy all the time. Victor might start poking around and taking note of the north tower being a space Elizabeth frequents. What is she doing up there — painting canvas again? Can’t she do that in her own home?

The next time Elizabeth comes to the castle and she and Nikolas slip away into the dark wood-paneled foyer, Victor is going to wisen up and go searching for them. The many tunnels and secret doors of Wyndemere allow for him to sneak up on them without them knowing — something Nikolas is surely worried about. However, Victor will stumble upon the last thing he was expecting to find lurking in the tunnels with him — Hamilton Finn (Michael Easton). What is he doing there? Stay tuned for more General Hospital spoilers to find out!

The Bold And The Beautiful Spoilers: Thomas Loses Everything, Family, Career, And Hope