The Bold And The Beautiful Spoilers: Thomas Loses Everything, Family, Career, And Hope 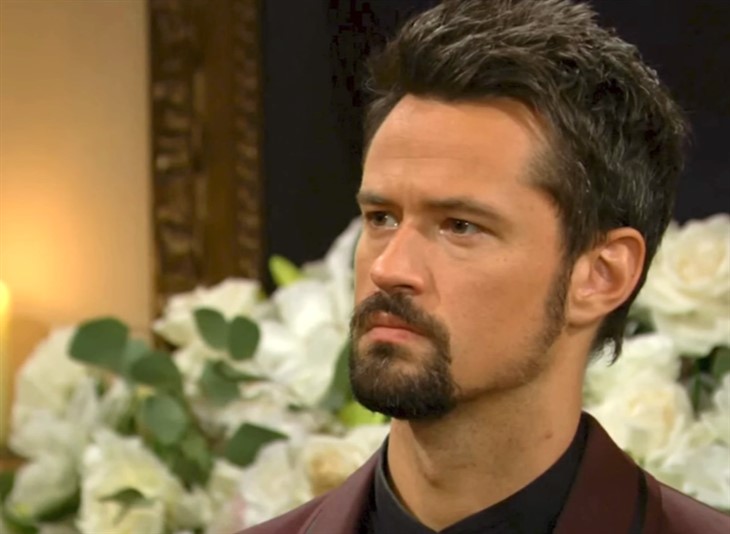 The Bold and the Beautiful (B&B) spoilers tease that Thomas Forrester (Matthew Atkinson) will lose everything following the fake CPS call reveal. Ridge Forrester (Thorsten Kaye) will fire him from Forrester Creations and disown him. If that’s not bad enough, Hope Logan (Annika Noelle) will take Douglas Forrester (Henry Joseph Samiri) to live with her, vowing he won’t see his son without supervision.

Thomas expected his father to fire him, at least temporarily. However, it stuns him that Ridge decides to disown him, declaring he is no longer part of the Forrester family.

Thomas knew his shady CPS call was wrong. But he felt it necessary to get Brooke Logan (Katherine Kelly Lang) out of his dad’s life. Before the fake CPS call, Steffy Forrester (Jacqueline MacInnes Wood) told her brother they needed to use the “any means necessary” approach to getting rid of Brooke so Ridge would reunite with Taylor Hayes (Krista Allen).

“In Thomas’s mind, he did something wrong for the right reason, which is to have his family back together again. But he later came to know it was a bad decision,” Matthew Atkinson shared with Soap Opera Digest.

B&B spoilers state that a furious Ridge informs Thomas that he’s no longer part of the Forrester family or the family business, Forrester Creations. Although Thomas suspected his father would give him the boot, he is a crushing blow to hear the news. He pleads his case to his dad, begging for another chance. However, Ridge refuses to hear him out, stating Thomas crossed the line by damaging his marriage to Brooke.

To make matters even worse, Hope decides to take Douglas back and says she will never trust Thomas again. It hurts Thomas because, despite all the manipulation, he cares deeply for Hope. He never wanted to disappoint or hurt her.

“He understands why Hope would want to keep Douglas away from him. It hurts, but he did something wrong, and now he’s paying for it,” Atkinson added.

It’s clear Thomas will face the consequences for making the fake CPS call and framing Brooke. Eventually, Hope might forgive him and let him see his son. Ridge could be a different story. He loves his son, but this scheme could damage their relationship to the point of no return.