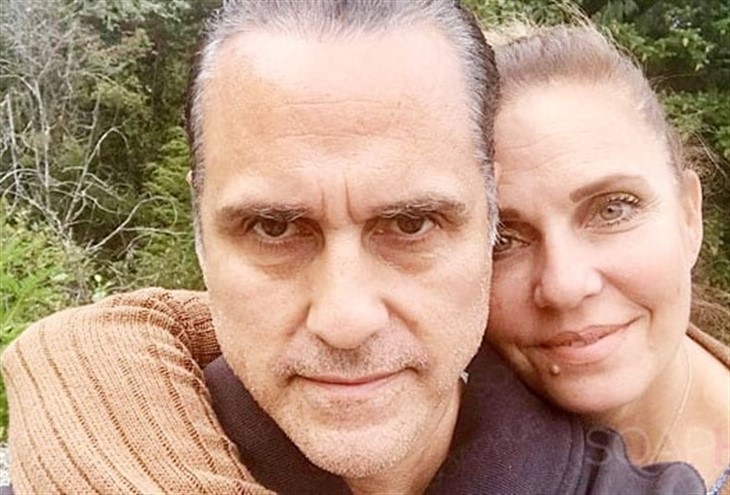 General Hospital spoilers reveal that although Sonny Corinthos (Maurice Benard) isn’t anywhere close to celebrating 32 years with anyone, Sonny’s portrayer, Maurice Benard is very much the opposite. Maurice and his wife Paula Benard have recently celebrated their anniversary. Of course, Maurice, being the romantic soul he is, chose to share a throwback photo with a loving message to his wife.

General Hospital spoilers reveal that Maurice shared the following message for his wife, Paula: “There are no words to describe my relationship with Paula except to say I always tell Paula when the day comes I want to pass away first because I never want to live without her.”

Paula has been by Maurice’s side through both the highs and lows. Maurice has some major issues during this early acting career including being diagnosed with Bipolar disorder. However, Maurice got things back on track and has had a very rewarding career.

Maurice began acting in 1987 when he took the role of Nico Kelly on All My Children. Nico married Cecily Davidson (Rose Nevin), Phoebe Wallingford’s (Ruth Warrick) goddaughter. Cecily wanted to get her hands on her trust fund but had to remain married for six months before it was accessible. However, Nico and Cecily were married and fell in love. After leaving Salem, Cecily returned in 1994 after divorcing Nico.

Maurice joined General Hospital in 1993 as Sonny. Sonny was originally set to be a short-term role but it has turned into 29 years so far. Maurice has taken home three Outstanding Leading Actor awards in that time. Of course, Maurice has been nominated several more times for this role. Maurice has become a mentor to several younger actors on the series including alum Jason Morgan (ex-Steve Burton), Bryan Craig (Ex-Morgan Corinthos), and Chad Duell (Michael Corinthos).

Maurice has been a spokesperson for Mental Health as well. Maurice has worked with NAMI for years. Maurice has shown people with bipolar disorder that they can lead a productive life as long as they followed their recommended medical regimen.

Maurice has recently been lucky enough to have his son, Joshua work with him more on the set of G.H. Congratulations Maurice and Paula, here’s to many more.