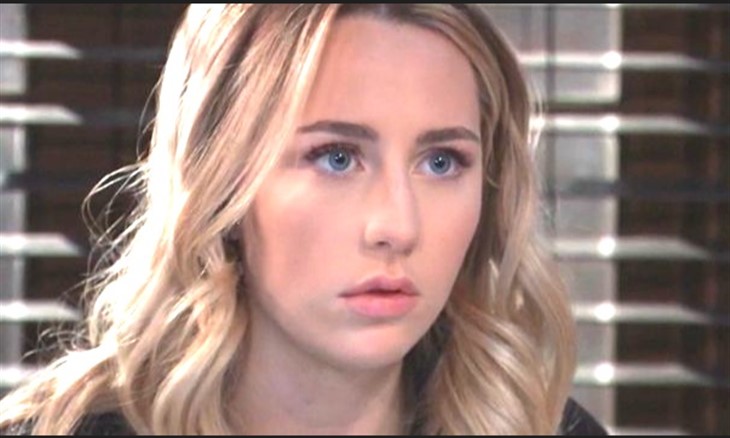 General Hospital spoilers reveal Josslyn Jacks by Trina Robinson’s side when she has her day in court later this summer. After how Trina’s dramatic story began, it’s a relief to see Josslyn acting right towards her friend.

Yes, Trina drank when she wasn’t used to alcohol, but she didn’t seem to drink nearly enough to feel as out of it and sick as she did. Josslyn didn’t even care to check on Trina when Trina went to bed early and so far, the only one to suspect that Trina might have been drugged (Which she was) is Spencer. And that came months later.

As for Josslyn, General Hospital spoilers show the only thing on her mind that night was losing her virginity to Cameron Webber. What she never expected

GH Could Have Gone Another Route

When the tape Esme made of Joss and Cam having sex went viral thanks to Esme releasing it on the internet and framing Trina for the crime, many fans expected that Josslyn would believe her best friend could do such a thing. However, Josslyn has never once believed Trina was that vengeful and apparently knows her longtime BFF well enough to know even if Trina was vengeful, she’d never go that far.

Josslyn has never wavered in her support for Trina (now played by Tabyana Ali) and is now going above and beyond to make sure Trina doesn’t pay for something she knows in her gut that Esme did. She was even willing to go to jail to save Trina when both underage young ladies used fake IDs to get into a bar and get dirt on Esme.

For a while, it looked like Josslyn might be as self-absorbed as her mother, Carly Corinthos (Laura Wright), but it turns out that while Carly and Joss are a lot alike, there are some stark differences after all. Stay tuned to General Hospital weekdays to see how this story plays out.