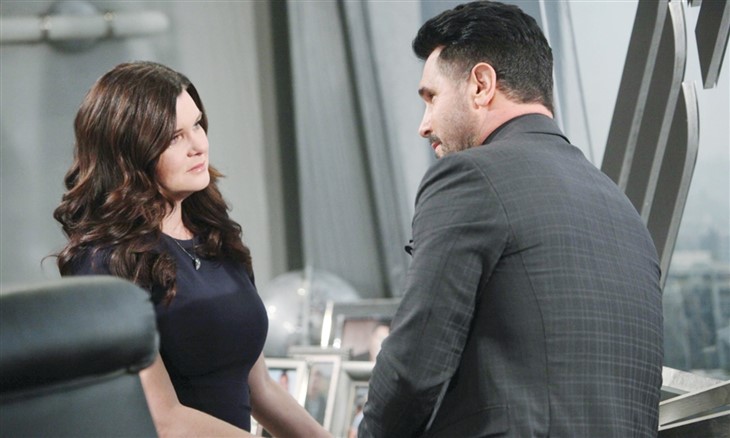 The Bold and the Beautiful spoilers reveal Bill Spencer and Katie Logan remaining MIA. We know they are in Los Angeles somewhere, but we’ve never learned what happened to the idea of them reuniting.

The Bold And The Beautiful Spoilers – A Completely Dropped Story

The last time we saw Katie Logan (Heather Tom) she was forming a friendship with Carter Walton (Lawrence Saint-Victor) that was summarily dropped after many fans thought she would be the next woman he fell for after a year of wanting both Zoe Buckingham (Kiara Barnes) and Quinn Fuller Forrester (Rena Sofer). She spoke of Bill Spencer (Don Diamont) wanting her back and she wasn’t sure what to do, but said she had to be true to herself and think of herself and we assumed that just meant she would never take Bill back.

Meanwhile on The Bold and the Beautiful, Bill still shows up every once in a while to put his two cents where it really doesn’t belong, but at least he entertains us with his one-liners and observations. He even managed to convince Ridge Forrester (Thorsten Kaye) that he must forgive Brooke Logan Forrester (Katherine Kelly Lang), which was pretty out of character for Dollar Bill.

But what about Bill’s life and Katie’s life? We never even saw Katie tell Bill that she had decided to focus on herself.

Since B&B recycles couples all the time, why not Bill and Katie? Both are still very viable characters with well-known and popular actors with a rich history, including a child they share who can easily be SORAS’d to a teenager to give them even more drama in their lives. Their feelings for one another have never been resolved and both characters need to be featured, so why not together — but with complications, of course. Without complications, it wouldn’t even be a soap opera right?

And if B&B doesn’t want these characters to have a story together, give them both a story separately. Just feature them already so that two missed characters are seen again and not just to support their family and friends. Diamont and Tom deserve more and so do fans who have grown to love both performers in the decades they have been on CBS daytime. Stay tuned to The Bold and the Beautiful weekdays to see if Bill and Katie are ever front burner again.