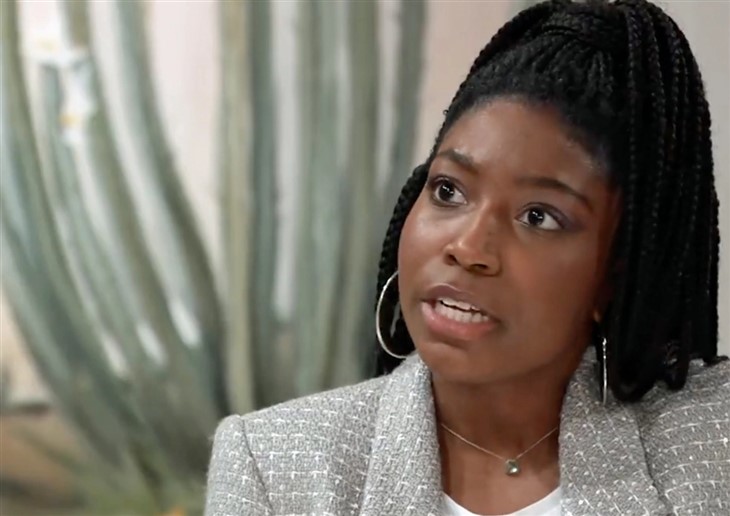 GH spoilers reveal that in Tuesday’s episode, Josslyn and Trina met with Spinelli. Josslyn was convinced that Spinelli would be able to get them some information about the burner phone used to frame Trina. Unfortunately, Spinelli wasn’t able to help the two college students.

What Spinelli did do was tell Josslyn and Trina which bar serves as a marketplace for this type of transaction. Then, Spinelli realized he said too much and warned the girls not to go there. Spinelli cautioned that Josslyn and Trina are still minors and going to a bar is illegal.

However, Josslyn assured Spinelli that they wouldn’t do anything stupid. Of course, Josslyn left out the part where they are going to do what Spinelli fears… ask questions at the bar.

In the preview for the Wednesday, June 15 episode, Trina and Josslyn go to the bar that Spinelli mentioned. Together, the girls start asking questions about the burner phone while showing a picture of Esme. However, it seems that Spinelli’s worry comes true. The weekly preview clip shows a violent bar fight breaking out, which Trina and Josslyn are present to witness.

General Hospital spoilers reveal that the police might get called to the bar. Trina and Josslyn might try to slip out unnoticed. However, they will most likely get caught.

If it’s Rory Cabrera (Michael Blake Kruse) that catches them, he could face an ethical dilemma. If Rory lets Trina and Josslyn escape, he could lose his job. However, if he arrests them, that could also have consequences.

Trina was released pending her court date, which isn’t until fall 2022. One condition of her release is that she does not get into any trouble with the police, which includes getting arrested.

So, if the girls get arrested after the bar fight, Josslyn will probably get out thanks to Carly Corinthos (Laura Wright). However, Trina might not be so lucky and could be forced to remain behind bars until her trial. If Trina has to stay in jail, how will she clear her name? It sounds like Esme has to make a mistake or Trina needs a miracle. What do you think is going to happen and how will the truth come out?

B&B Spoilers: Bill Stunned As Katie Moves On With Thomas