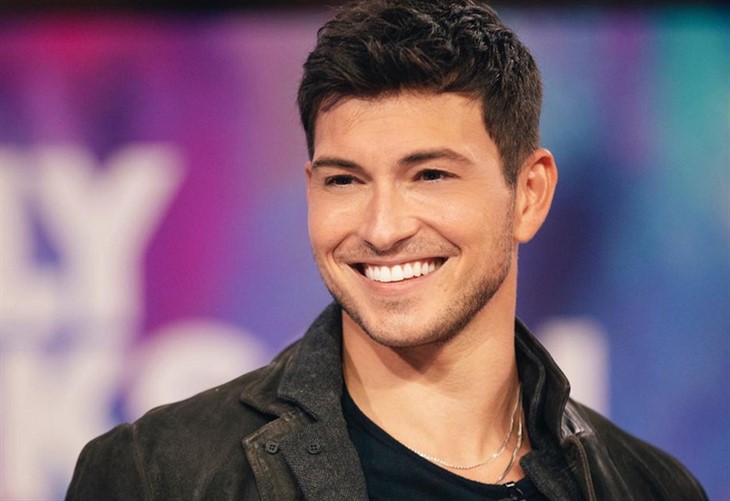 Since DOOL can’t seem to hold onto Victoria Konefal as Ciara, as the actress doesn’t want to be on contract, CIN will sail off into the sunset the same way Bo Brady (Peter Reckell) and Hope Brady (Kristian Alfonso) did with baby Shawn-Douglas back in 1987. Rather than breaking the couple up or killing one-half of it like the soap just did with Abigail DiMera, they will get their happy ending. The problem? Robert Scott Wilson apparently wants to stick around.

So, what is a soap to do when it wants to write off a character but still use the actor? Well, just turn the actor into another character, and VOILA, it’s done. General Hospital just did it with Roger Howarth when Franco Baldwin seemed to morph into Austin Holt. Michael Easton has already played six different characters between GH and its canceled spin-off, Port Charles, so why not have Wilson return as someone else a few months later?

The soap opera twitterverse that seems to know all is now awash with rumors that Robert Scott Wilson will soon play Alexander Kiriakis, which means we will get to know another one of Justin (Wally Kurth) and Adrienne Kirakis’ (Judi Evans) kids. Alexander is a result of Justin’s affair with Angelica Deveraux but was raised by Justin and Adrienne and their other sons. So, Sonny Kiriakis (Zach Tinker) will finally have one of his brothers on the soap.

This also wouldn’t be the first time the show has had an actor known as one character soon playing another. However, it’s never done it like GH has done with only a few weeks in between runs. Josh Taylor famously played Chris Kositchek on DAYS in the 1970s and 1980s and eventually became Roman Brady, who was first portrayed by Wayne Northrop.

Then there is Kyle Lowder who was once Brady Black but now occasionally makes appearances as Kate Roberts and Roman’s son Rex Brady. So, Wilson returning to the show later this year as a Kiriakis wouldn’t be highly unusual. Stay tuned to Days of Our Lives weekdays to see if these rumors are true.