GH Spoilers: Will Jordan Ashford Return To PC In The Near Future! 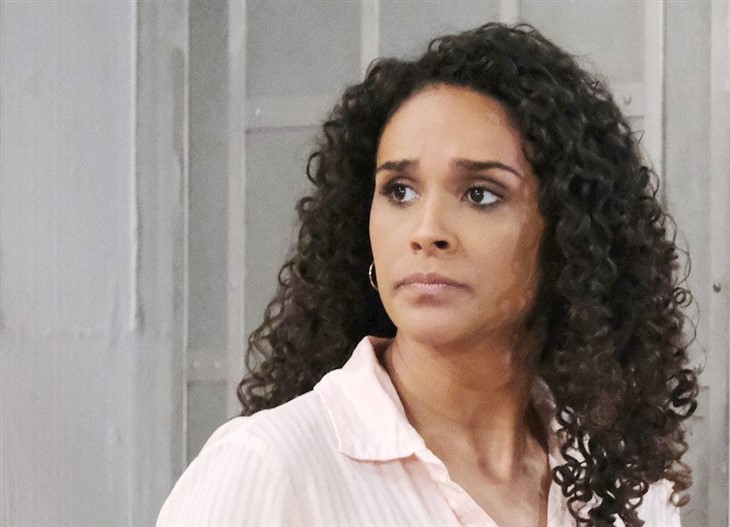 General Hospital (GH) spoilers tease that Police Commissioner Jordan Ashford (Brianna Nicole Henry) was injured in the line of duty a few months ago. Locked in a basement after being hit hard on the head, a gas leak almost left Jordan dead. Luckily, Dr. Portia Robinson (Brooke Kerr) was there with her and cared for Jordan the best she could, but even so Jordan’s condition was dire, even after they were rescued.

Jordan Ashford’s kidneys were damaged a few years ago after being hit by a car. Jordan needed a transplant or she wouldn’t survive. Serial killer Ryan Chamberlain (Jon Lindstrom) was a match but of course he refused. But Curtis wasn’t about to take no for an answer. Dr. Kevin Collins (also Jon Lindstrom), switched places with Ryan. Kevin, as Ryan, consented to the transplant operation. The operation was a success although Jordan wasn’t happy with how it came about. But she was happy to be alive so she didn’t complain too much. All was well until Jordan’s most recent injury!

But after Jordan was rescued from the gas leak, tests proved that the kidney she received from Ryan was failing as a result of this new injury. Jordan would require intense care, but unfortunately she would have to leave Port Charles as she needed specialized care out of town. Jordan went on leave from the police force and has been gone ever since. But is it time for her to return? She’s still married to Curtis Ashford (Donnell Turner) even though they believe they are in the process of getting divorced. Unfortunately, the divorce papers were never mailed and ended up accidentally destroyed. Neither Jordan nor Curtis is aware of this as of yet.

Curtis filed for divorce initially because Jordan kept information from him in the line of duty. Curtis felt that even though it was sensitive information, that as Jordan’s husband, she should have told him the whole truth. Realizing that Jordan will always have secrets, Curtis decided that wasn’t what he wanted out of life. He has since moved on with Portia, but that relationship may also be in jeopardy. Portia has a secret about her daughter Trina Robinson’s (Sydney Mikayla) paternity, and it seems likely that Curtis is actually Trina’s dad, a fact that Portia has kept secret for all these years. Realizing that Jordan’s was trying to protect him, perhaps Curtis will see her in a new light once she returns. Maybe he’ll even be open to reconciling.

Is it time for Jordan Ashford to return to Port Charles? Should she retire from Police Work given her injuries? And will she and Curtis reunite once she comes back or are they over for good? Anything can happen in Port Charles so stay tuned to General Hospital airing weekdays on ABC. And don’t forget to check back right here regularly for all your General Hospital news, information and spoilers!

Days Of Our Lives Spoilers: Johnny DiDevil Bedevils Ava By Turning Himself Into A Human Sized Duke The Bear