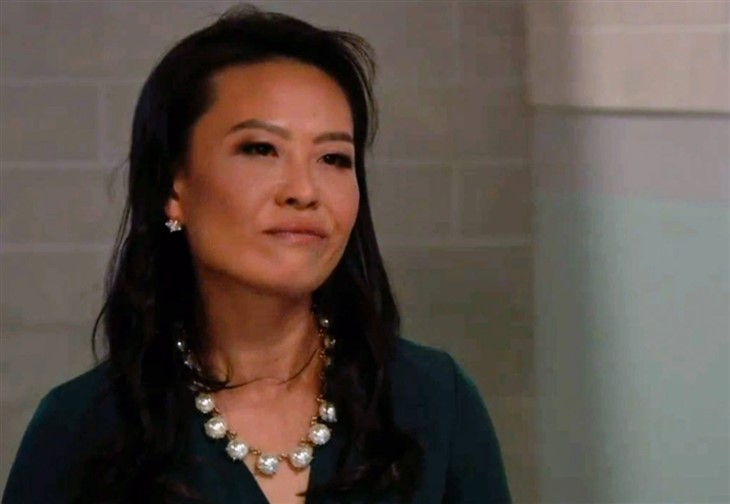 General Hospital viewers will recall that Selina is pretty much a one woman crime family, since she and her hesitant nephew Brad Cooper (Parry Shen) are all there is to the current group, and Brad’s not taking too well to Selina’s grooming! General Hospital viewers know that Selina needs an enforcer, but it is doubtful that Brad will ever make the grade, no matter how she tries to toughen him up; he has too much of a conscience and he’s just too timid!

General Hospital spoilers and recaps show Brad felt about giving Peter August (Wes Ramsey) poisoned food in Pentonville Prison, even though Peter was someone everyone wanted dead; this was Selina’s hit on Peter that Sonny Corinthos (Maurice Benard) had requested. Olivia Jerome, however, has no such scruples – she wanted her little brother Julian Jerome (William DeVry) dead, and spent years in China in hiding, learning all the Chinese herbal arts – including poisoning and putting people into trances.

It’s about time Olivia got out of the prison she’s in because she’s be a perfect fit for the Wu family, and two strong female crime bosses teaming up can get things done!

Olivia used an herbal potion along with some witchcraft like chanting in order to try to reach Duke Lavery (Ian Buchanan) in the afterlife, to get him to channel into Griffin’s body; viewers will recall that Griffin is Duke’s son. Perhaps this type of ancient Chinese method could be used on Ms. Wu’s enemies to brainwash them or to get information out of them, and if that didn’t work they would already be restrained and could be killed if necessary. Just Olivia’s knowledge of these ancient Chinese herbal potions and the chants that she used to hypnotize Griffin would be an invaluable asset to Selina!

If Selina and Olivia were to team up – and Selina let her nephew off the hook – this would be the first and only total female crime family among the five families. General Hospital viewers can imagine some other female crime family members that could be recruited to bring Selina’s mob up to par; Jennifer Smith, (Holly Gagnier) for instance. She recently showed up at Luke Spencer’s (Anthony Geary) funeral, apparently living on the West Coast – she apparently is the only one left of the old Smith crime family as well.

They were in Port Charles before Sonny Corinthos (Maurice Benard) came to town. Olivia didn’t make a very good impression on Ava Jerome Cassadine (Maura West) so it’s doubtful that she could be convinced to join – Ava’s out of the mob life happily married to Nikolas Cassadine (Marcus Coloma). Faith Roscoe (Cynthia Preston) or Claudia Zacchara (Sarah Joy Brown) would have been great additions too, if Olivia could raise them from the dead!