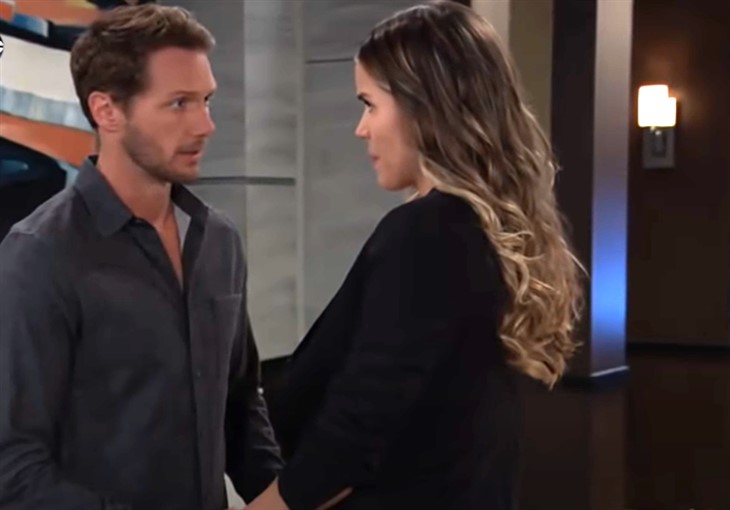 Sasha and Brando had intended to find a wedding chapel there at Niagara Falls to go to, but as they look for one they get lost; in the car, Sasha asks Brando if he’s changed his mind about getting married!

Meanwhile, back at the Metro Court, Gladys Corbin (Bonnie Burroughs) worries to someone, apparently about where Sasha and Brando are at and what they are doing; she asks the other person “You don’t think that’s what they’re doing, do you?” It could be Lucy Coe (Lynn Herring) who is shown in a later scene at the Metro Court asking someone since when did they become Team Sasha?!

Viewers will recall that Gladys hasn’t always been a big Sasha fan when it comes to being her son’s significant other!

They were trying to figure out a way to find out what Victor Cassadine (Charles Shaughnessy) really wanted from Drew’s memories, as well as other things like how he may have been involved in Luke Spencer’s (Anthony Geary) deadly cable car accident.

Dante, Drew and Sam had come up with a plan to fool Victor by letting him think Peter August (Wes Ramsey) sent a tarot card; Sam warns that there’s a problem with someone’s plan and that someone could be Drew.

At the Metro Court, Drew runs into Victor and tells him his timing could not be better; meanwhile, Peter’s things were sent to Britt Westbourne (Kelly Thiebaud) so perhaps the plan has been revised.

Ryan wanted to know what the h-e-double hockey sticks she was doing, and by her answer it sounds like he thought she was not on his side for some reason; tells him that first and last, it’s always to him – seeming to refer to her loyalty.

Meanwhile, back over with Britt and Maxie Jones (Kirsten Storms) apparently in the package of Peter’s effects Maxie spies something that really scares her – she suddenly jumps up and tells Britt no, don’t do that! Is the thing that Victor was seeking in the box, or could it be something else that frightens Maxie so badly?!

The Bold And The Beautiful (B&B) Spoilers: Grace Plots Against Carter