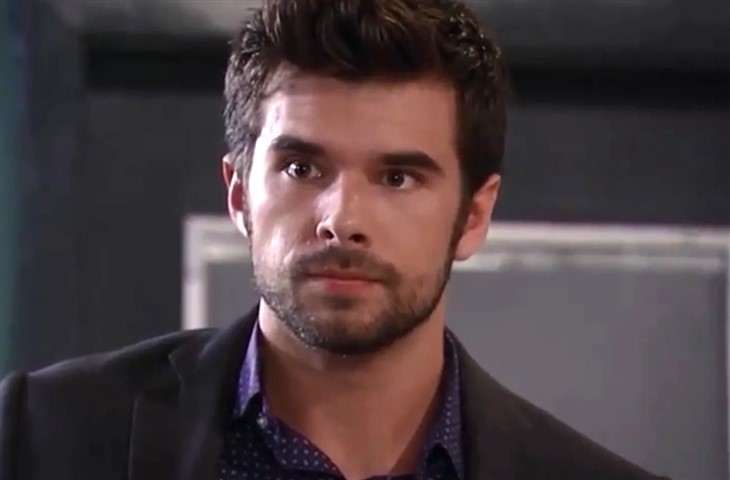 General Hospital (GH) spoilers tease, when Brook Lynn Quartermaine (Amanda Setton) introduced Harrison Chase (Josh Swickard) to Baze (Jacqueline Grace Lopez), she saw nothing but fame and fortune in their future. Chase and Blaze are preparing to do a duet together, and Brook Lynn knows how important it is that they really connect with one another if they want the song to be a hit. But the last thing Brook Lynn was expecting is that Chase might catch Blaze’s eye in another way, and she’s not happy about it!

Brook Lynn knew she would need to pair Chase with some other talent to really get him on the map. When Linc Brown (Dan Buran) reached out with an opportunity to hook him up with his talent, Blaze, Brook Lynn jumped at the chance. Linc might be her agent, but Brook Lynn can work around that. This isn’t personal; it’s business.

As Chase and Blaze continue to spend more time together in preparation recording their hit single together, he’s going to be his usual charming self, and Blaze is going to fall for it — hard. Chase will be taken aback when Blaze comes onto him and implies she’d like to see him again — off the clock. Chase is a good guy, and he’s committed to Brook Lynn, so nothing will happen between him and Blaze. Still, he knows he’s going to have to let her down easy if he wants this song to happen — and Brook Lynn most certainly expects it of him.

Brook Lynn was feeling rather bad for Blaze. She could tell the relationship she has with Linc is far from perfect. Linc would touch Blaze and comment on her looks in a way that was all too familiar to Brook Lynn — having been in Blaze’s shoes herself before. Brook Lynn really wanted to figure out a way she might be able to help Blaze, but now she’s not so sure.

If this girl is interested in B.Q.’s man, Brook Lynn isn’t sure she even wants them to go through with the duet. Watching Chase stare longingly into Blaze’s eyes on stage as they serenade one another isn’t her idea of a good time now that she knows Blaze is hoping it can turn into more than a working relationship. B.Q. is one of those “I trust him, but I don’t trust her types,” and it shows. After she finds out about Blaze’s advance toward Chase, she’s going to pull every dirty trick in the book to expose her just as much as she wanted to expose Linc. Stay tuned for more General Hospital news and spoilers — right here, every day.

Days of Our Lives Spoilers: EJ’s Guilt And Grief Might Be His Undoing