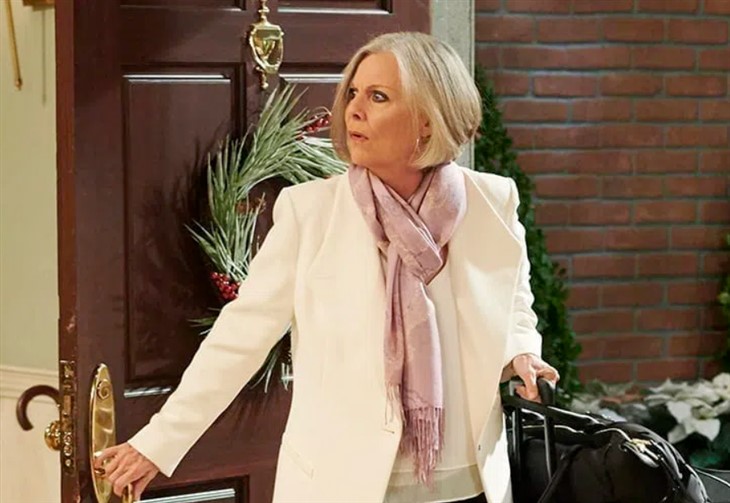 General Hospital started the new year off right by delivering our favorite ladies for two days straight. Are they trying to tell us they know what fans want out of this 58-year-old show or is this just a tease and we’re going to get more Peter August to torture our soap-watching souls?

What an embarrassment of riches General Hospital has been giving us this first week of 2022. Between Kristina Wagner being on contract again as Felicia Scorpio, Jane Elliot back as Tracy Quartermaine for however brief this visit should be, Genie Francis acting her heart out to show Laura’s grief over losing Luke, Finola Hughes looking like Anna has a schoolgirl crush when discussing Valentin Cassadine (James Patrick Stuart), Jacklyn Zeman giving her all playing Bobbie in denial about Luke’s death, Leslie Charleson taking charge of her house as Monica Quartermaine, and Nancy Lee Grahn as the always-neurotic Alexis Davis, we thought we’d died and gone to classic soap fan heaven. But there they were — on our screens.

And this is what we want to see. No more Peter August (Wes Ramsey). No more Carly (Laura Wright) claiming a bridge that is not hers to weep. No more constant Willow Tait (Katelyn MacMullen) acting like a doormat where Michael Corinthos (Chad Duell) is concerned. No more Michael trying to pretend he is tough when he comes off as a spoiled mama’s boy. Give us solid performances with characters we have known for decades, and General Hospital fans can be happy.

Now that Felicia and Anna have finally decided it’s time to search for Maxie’s baby, maybe we will get these women more often. And, with their men. Valentin has a vested interest in this story and Mac Scorpio (John J. York) should want to help his daughter as police commissioner. And if Tracy sticks around on the Quartermaine side of this story, since that is where Maxie’s baby resides, we know we are in store for some good stuff ahead. Let’s hope the soap decides to deliver it all right. Stay tuned to General Hospital to see how these stories play out.