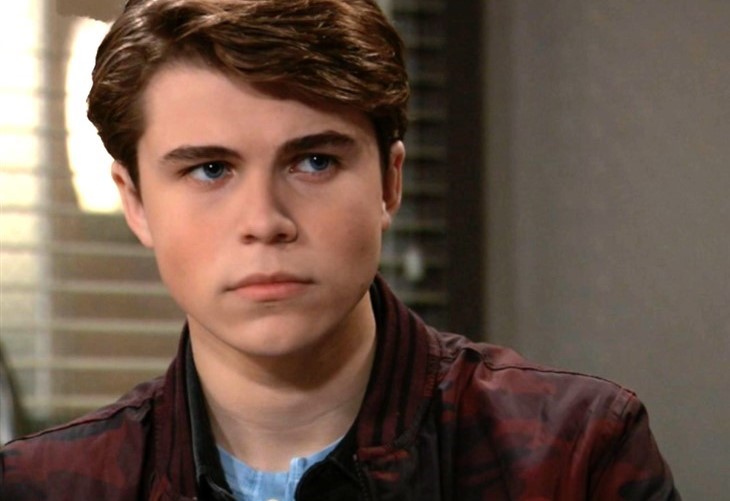 General Hospital spoilers and updates for Thursday, March 3, 2022 see some more drama ramping up for General Hospital viewers as mysteries continue to unfold and some begin to be answered!

General Hospital viewers will recall at the end of Wednesday’s General Hospital, Curtis Ashford (Donnell Turner) and Portia Robinson (Brook Kerr) were interrupted in their conversation about moving in together by the newly returned Jordan Ashford (Tanisha Harper)!

Portia tells Curtis, undoubtedly referring to Jordan’s appearance, that she knows he’s a hard man to get over; viewers will remember they were a couple many years earlier but broke up. Elsewhere, over at Charlie’s Pub, Cameron Webber (William Lipton) approaches Stella Henry (Vernee Watson) and apologizes to her, telling her that he can’t help but feel that it was all his fault.

Might he be talking about those divorce papers of Jordan’s that Stella had swiped and he spilled coffee on when she had her stroke? That may be an important issue to get cleared up now that Jordan’s back and Curtis and Portia are becoming very serious!

General Hospital viewers will recall that Elizabeth Baldwin (Rebecca Herbst) has had increasingly strange and scary Franco Baldwin (Roger Howarth) related experiences recently both at her home and at General Hospital!

The latest has been someone placing the portrait of Elizabeth that Franco painted when they were first starting to date on her fireplace mantel after she thought it burned up in the arson of his art studio!

Elizabeth also had received a very strange and morbid card from who she assumed was his foster mother Betsy Frank (Deborah Strang) who she called to come talk to her.

Things have been so scary that the police were called and Hamilton Finn (Michael Easton) is staying at her home for protection; viewers will recall Betsy showed up at Elizabeth’s door needing to tell her something. Elizabeth asks Betsy to clarify what Betsy has told her that she needs to know the truth about!

General Hospital Spoilers – Liesl Obrecht Seems To Be Confronting Someone

Next up on the General Hospital daily preview, Liesl Obrecht (Kathleen Gati) appears to be in a similar room to where Anna Devane (Finola Hughes) is in a later scene, confronting someone–possibly Anna!

Liesl appears to be in an argument, telling the other person that she thinks that something should be pretty obvious – perhaps she’s been questioned about something she didn’t do relating to her past dealings with Victor Cassadine (Charles Shaughnessy).

Liesl is definitely on the defensive and quite offended by whatever the other person is talking to her about; and it may be Liesl who Britt Westbourne (Kelly Thiebaud) is assuring that she has her back in the next scene. Britt is in her hospital uniform so it’s likely she is at General Hospital as she gives her assurances.

General Hospital viewers will recall from Thursday’s General Hospital episode that Austin Gatlin-Holt (Roger Howarth) wanted to know now that the nightmare is over for Maxie Jones (Kirsten Storms), if there could be more for them than friendship!

Maxie smiles at him and tells him that she indeed is ready to make up for lost time! Meanwhile, back to that room that an angry Liesl appeared to be in, Anna is arguing with someone who gave her a mysterious phone call to meet; this may be Liesl who she’s arguing with as she says whatever game this is, she can count Anna out!

The Bold And The Beautiful (B&B) Spoilers: Sheila’s About To Blow Her Cover