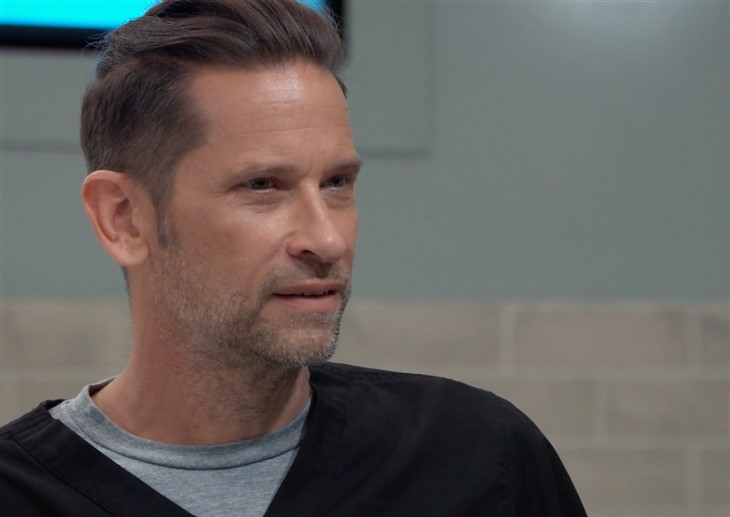 General Hospital (GH) spoilers for Thursday, February 3, 2022, reveal Austin finally putting it all together and figuring out whose voice he heard in the woods that night — meaning Maxie lied through her teeth.

General Hospital Spoilers – The Truth Is Out There

Maxie Jones (Kirsten Storms) pulled Austin Holt (Roger Howarth) into a kiss just as he was starting to remember hearing a second voice in the woods the night her baby was born. She lied and said it was her voice and then kissed him so he’d stop asking questions. Then, she told him she does have feelings for him, but can’t be with him and now he knows why.

That was Brook Lynn’s (Amanda Setton) voice and not Maxie’s voice and even the kiss was likely a lie. Austin confronts Maxie and tells her that he knows everything and she has no choice but to confess. If she kisses him again after the conversation they just had, that would look even more suspicious.

Meanwhile, it’s moving day for Peter August (Wes Ramsey) as his mustache-twirling self cackles his way back to Pentonville. Or at least that’s where Dante (Dominic Zamprogna) tries to take him. Will Peter manage to escape now that he thinks he knows where his daughter is?

Valentin Cassadine (James Patrick Stuart) managed to figure out who Bailey really is and all he got was chloroform in the face courtesy of his father. Victor Cassadine (Charles Shaughnessy) makes a call to make sure a package arrives safely. Could that package be Valentin?

Carly Corinthos (Laura Wright) might have rejected him squarely once again as she makes every excuse in the world not to be with him, but Sonny (Maurice Benard) refuses to give up and still wants to make it a special night. That’s what prompts him to go to Phyllis Caulfield (Joyce Guy) for help where he runs into Drew Cain (Cameron Mathison).

Things still seem tense between Sonny and Drew after Sonny told him he is not really his friend and he can’t replace Jason Morgan. When Sam runs into Drew, she wonders what he did to get on Sonny’s bad side.

Spencer Cassadine (Nicholas Chavez) wasn’t about to go off to Spring Ridge for a big 30 days without saying goodbye to Trina (Sydney Mikayla). The two share an intense moment at Ava’s (Maura West) gallery while Spencer tells her there is so much more he needs to say. However, it looks like Esme Prince (Avery Pohl) will interrupt them and Spencer won’t get his words out. Stay tuned to General Hospital weekdays to see how these stories play out.