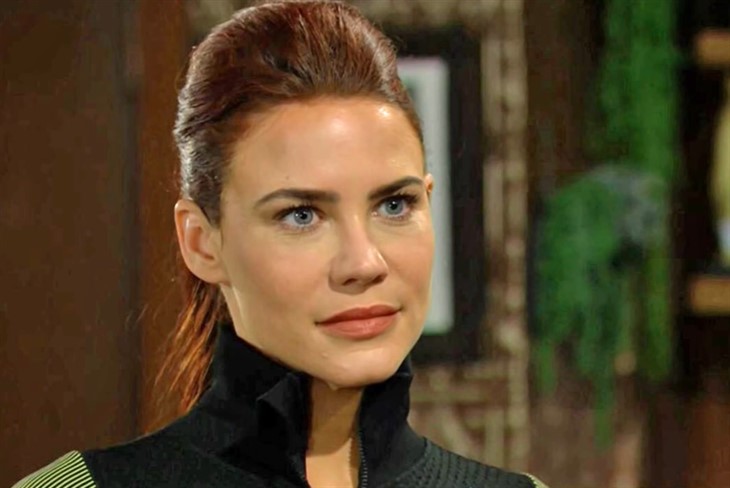 The Young and the Restless spoilers for the week of February 7 reveal that Sally Spectra (Courtney Hope) gets the last laugh. Chelsea Lawson (Melissa Claire Egan) convinced Chloe Mitchell (Elizabeth Hendrickson) to ice Sally out. However, Sally is relentless and persuasive. So, she will likely get funding to start her own fashion house – and take her designs with her.

The Young And The Restless Spoilers – Victoria Newman-Locke’s Bombshell

Y&R spoilers reveal that Chelsea and Chloe weren’t sure what was going to happen with Newman Fashion. Once they discovered Victoria Newman-Locke (Amelia Heinle) bought Newman Media, the duo went to talk to her. Chloe and Chelsea were stunned to find out that the fashion platform was being killed off.

Chelsea and Chloe discussed possibly venturing out on their own. Chloe assumed that Sally would come with them, but Chelsea made sure that wouldn’t happen. Chelsea convinced Chloe that Sally knew about the sale and didn’t warn them. Chloe ended up being persuaded, so the next task was informing Sally that Newman Fashion was done.

Interestingly enough, Sally had the same idea as Chelsea. They could find someone to back them financially and go out on their own. Of course, Chelsea and Chloe didn’t admit the whole truth. Basically, they iced Sally out even though it was her wedding dress design that got people talking about Newman Fashion before the official launch.

The Young And The Restless Spoilers – Sally Spectra’s Determination

The Young and the Restless spoilers reveal that Adam Newman (Mark Grossman) will rescue Sally. So, Sally probably goes to Adam and tells him that Victoria is axing the fashion platform. Sally likely also informs him that Chloe and Chelsea have eliminated her, which means she’s out of a job.

It is teased that during the week of February 7, Sally will get the last laugh. Adam might not be able to do anything about Newman Fashion. However, he could decide to help Sally launch her own fashion house. That is Sally’s ultimate career goal and she just might end up getting it.

If Chelsea and Chloe think that they can use Sally’s wedding dress design to get financial backers and make their own mark, they are mistaken. Sally is taking all her ideas with her and she does have experience running a fashion house. Those who watch The Bold and the Beautiful may remember Spectra Fashions.

However, this could set up an interesting battle if Chelsea and Chloe start their own fashion house, too. What does the future hold for Sally, Chelsea, and Chloe? What kind of role will Adam play as the trio each tries to deal with Victoria’s bombshell?