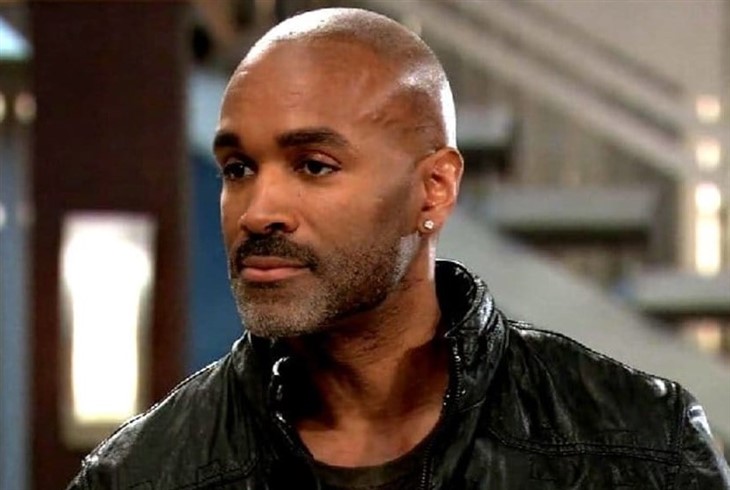 General Hospital (GH) spoilers and updates for Monday, June 20, 2022 tease some in Port Charles will have revelations, while others endure interrogations in the next GH!

General Hospital Spoilers – Why Didn’t You Tell Us?

Curtis Ashford (Donnell Turner) expresses concern when he listens to a revelation someone is telling him; he asks the person, “why didn’t you tell us?” Curtis, Portia Robinson (Brook Kerr) and Marcus Taggart (Réal Andrews) will be concerned for Trina Robinson (Tabyana Ali) so he may be talking to her.

Previous GH episodes revealed that Trina and Josslyn Jacks (Eden McCoy) had a very close call at Highsiders Bar, where they should not have played detective.

They narrowly escaped being arrested for being underage in a bar and using fake identification to do it. If Officer Rory Cabrera (Michael Blake Kruse) had not been one of the responding officers, it could have been much worse!

Trina explains to Portia why she and Josslyn went to the bar and what they discovered, and Trina says she thinks things are going to work out in her favor!

Her father, Taggart might be a little upset with her playing detective but maybe a little secretly proud as well, and Trina should explain their discovery. Josslyn and Trina were able to verify Esme Prince (Avery Kristen Pohl) bought the phone she videoed Joss and Cameron Webber (William Lipton) on having sex.

Rory responded and is running the bartender’s name and description and he is definitely on Trina’s side, and it’s a pretty good bet the bartender has a criminal record!

General Hospital Spoilers – Darling, I Will Do Anything You Want

Valentin Cassadine (James Patrick Stuart) knew he was taking a risk taking Anna Devane (Finola Hughes) out on their first real date that she’d bring up an investigation!

They were watching the Alfred Hitchcock movie “Notorious” at a drive in theater and she brought up the French Naval Captain from the Jennifer Smith (Holly Gagnier) case! A pleasant evening watching an old movie turned into a game of verbal cat and mouse as he tried to throw doubt on “Francois Olivier” being involved!

That, of course was Valentin’s cover persona in French Polynesia and Anna accused him of using the date as a cover, trying to get intel on the case.

Now he has to charm her out of her suspicions, and he caresses her face and leans in as he calls her darling, and promises to do anything she wants!

GH Spoilers – You Did WHAT?

Mac Scorpio (John J. York) is not at all happy when he finds out what his wife, Felicia Scorpio (Kristina Wagner) did, likely referring to her recent confrontation at General Hospital!

After Mac had directed his own confrontation of Ryan Chamberlain (Jon Lindstrom) after spotting him being brought in for medical tests, Felicia later went in the examining room! She also tore into Ryan, asking who did he think he was fooling – and warned Esme, who had come along in case he needed to communicate.

Obviously, Esme has obtained the late Harmony Miller’s (Inga Cadranel) job at Spring Ridge and Felicia knew exactly how the communication code worked!) Mac of course would be upset at Felicia poking the bear with Ryan even if he is “locked in” – he could return to normal at any time!

At Kelly’s, Victor Cassadine (Charles Shaughnessy) looks askance at Spencer Cassadine (Nicholas Chavez) who is asking for his help, likely to expose Esme’s past and who she is.

Spencer explains he has his reasons, and very good reasons, to keep Esme close instead of breaking up; figuring if anyone had the connections to expose her Victor would! Spencer knows there’s something really fishy about what he read in those letters Esme’s nanny wrote to her, when said nanny cannot be located.

Then there’s the suspicious bottle of opioids with the label obliterated, and the nanny’s comments about Esme’s birth parents. In particular, the comments about her father, and it not being good to contact him – it all contradicts Esme’s stories!

GH Spoilers – My Future Depends On It

Esme, in the meantime, may have gotten some fear of Ryan scared into her by Felicia after all! She shows up at General Hospital, asking advice of Kevin Collins (Jon Lindstrom)!

She says that her future depends on it, so that definitely sounds like she’s a little nervous about her birth father!

The things Felicia told her were things that Ryan didn’t tell her and she even confronted him about leaving a lot of holes in his narrative! Will Kevin find out that Spencer’s girlfriend is really his niece?