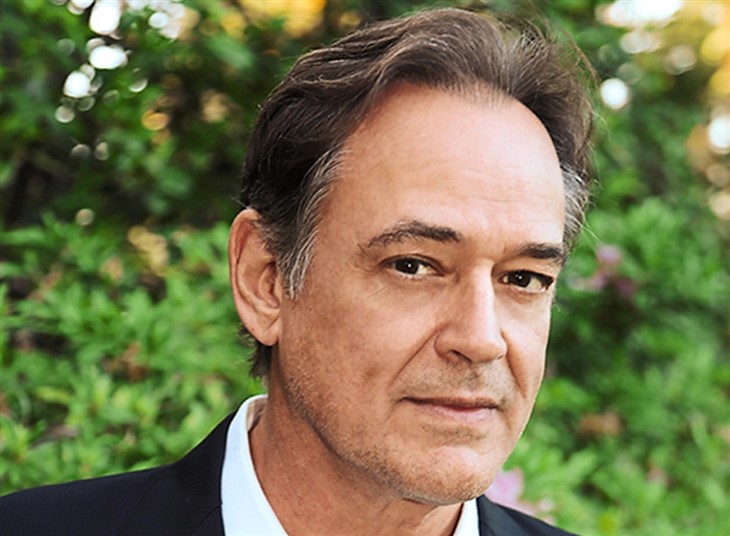 General Hospital spoilers reveal Ryan Chamberlain and Esme Prince doing their best to ruin the lives of everyone they ever think did them wrong. It’s quite the father-daughter team — and also a shock that Ryan, of all people, has a daughter.

Although fans had suspected that Ryan Chamberlain could possibly be Esme Prince’s father considering her interest in him and her determination to intern at Spring Ridge. However, many tried to put that idea out of their minds, as well. After all, the idea of Ryan having offspring is just horrible, considering what a disturbing character he is.

Then again, the young lady who turned out to be his daughter seems just as disturbed and dangerous as Ryan, willing to do whatever she has to in order to get what she wants. While we don’t know if she will kill like her father, she definitely has no qualms about hurting people and ruining lives at her father’s behest.

When fans learned that Ryan and Esme were indeed father and daughter, the scenes left jaws dropped everywhere, but not at the reveal. It was the creep factor in the reveal that just seemed oh-so-wrong but still gets people tuning in. And Jon Lindstrom has nothing but rave reviews for Avery Kristen Pohl, the actress who brings that dastardly Esme to life.

“Avery is a terrific actress. She’s such a serious young artist and a real pleasure to work with, aside from being just a lovely person. She really is great. But yeah, we got those scenes, and it was the first reveal that Ryan really is her father, with the daddy references and all of that, we were both like, ‘Well, this could go either way…’ We wanted to be sure to get the creepazoid factor in, but we said, ‘We’ve gotta get the sex out of it. There’s one thing about adoration and needing someone’s approval, but we have to keep away from the other side of that, the really creepy stuff,'” Lindstrom told Soap Central. “So, we just worked it. But that’s kudos to Avery, as well, because she strives to play the right note.”

Lindstrom already had a working relationship with Pohl when Ryan and Esme had their first scenes as Ryan’s twin, the much more mild-mannered Kevin Collins, has tried counseling Esme to go down the right path and he is going to be doing that some more. Will it work? Stay tuned to General Hospital weekdays to find out.

Days Of Our Lives Spoilers: Jack And Jennifer Clash Over Gwen And Lucas!

Sister Wives Spoilers: The Brown’s Memoir, Everything You Need To Know!