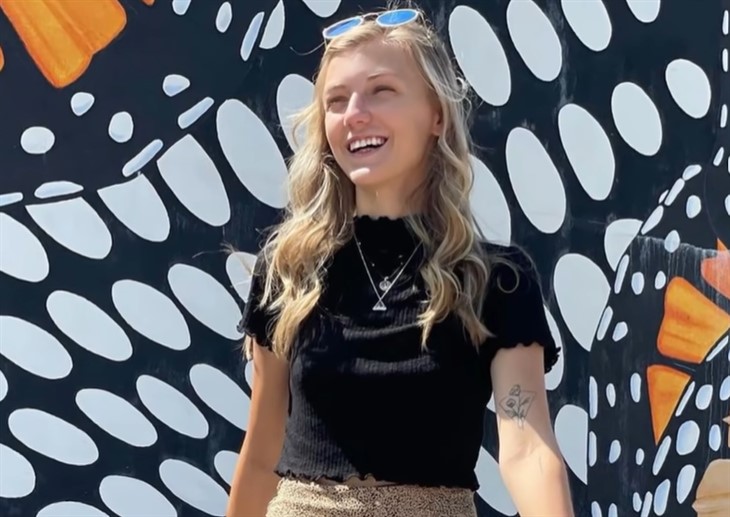 Gabby Petito’s domestic abuse and murder case has been given the green light for a lifetime movie. Lifetime has started a public affairs initiative “Stop Violence Against Women”. Lifetime announced the movie last week called “The Gabby Petito Story.” The movie is set to be released close to the anniversary of Gabby’s disappearance and murder this fall.

The Gabby Petito case got national attention when the 22-year-old vlogger disappeared last year while on a cross country trip with her boyfriend, 23-year-old Brian Laundrie. Petito’s family reported her missing on September 11, 10 days after Laundrie returned to New Port, FL. alone.

Laundrie disappeared a short time later, right before Petito’s remains were found in Grand Teton National Park in Wyoming, the last location they were known to be in together. Laundrie was never charged with the murder but only with credit card fraud for using Petito’s cards after her disappearance. After searching for Laundrie for weeks, his body was found in the Carlton Reserve. Brian died from a self-inflicted gunshot wound to the head. A notebook was found near Laundrie’s body where he took responsibility for strangling Petito to death.

The Petito family filed a lawsuit against Chris and Roberta Laundrie and filed an amendment to that suit last week. Petito’s family claim that the Laundries knew the location of Gabby’s remains and withheld that information from them and the authorities. Actor Thora Birch will direct “The Gabby Petito Story”, this is her directing debut. Birch is known for her roles in “American Beauty” and “Ghost World” and will star as Gabby’s mother, Nicole Schmidt. “The Gabby Petito Story will explore Gabby and her fiancé Brian Laundrie’s complicated relationship and what may have gone wrong during their cross-country trip that resulted in Gabby’s tragic murder,” the Lifetime press release states.

Gabby Petito’s – Family Does Not Support The Movie

The Sun reports that Gabby Petito’s family does not support this film and says that Lifetime took this upon themselves to make this movie. The AWARE Foundation made this announcement about the movie. “We thought our followers should know that the Lifetime movie on Gabby Petito has no connection to the Petito family nor did they give their approval,” the statement shared by the foundation reads. “Lifetime took it upon themselves to make the movie.”

According to published reports, this movie comes along as the Laundrie family is being sued for 30 million dollars. The lawsuit claims that Laundrie intentionally killed Petito, according to the New York Post. As a result, Schmidt and Gabby’s dad Joseph Petito “incurred funeral and burial expenses, and they have suffered a loss of care and comfort, and suffered a loss of probable future companionship, society, and comfort.”

Counting On: Are Derick And Jill Dillard Moving To Oklahoma?