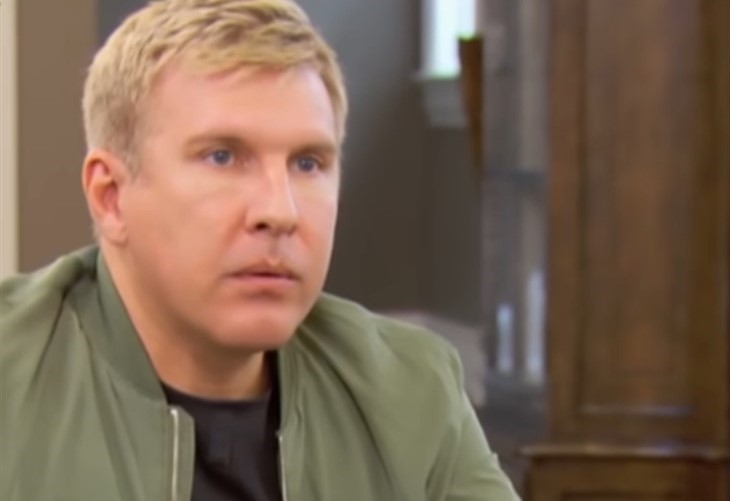 Now facing up to 30 years in prison, Todd Chrisley’s partnership with Beckett’s Spirits has been dropped.

According to Us Weekly, Beckett’s Spirits, owned by the Tinsley Beverage Company said in a Monday, June 27, press release that it has “served notice” to Chrisley, 53, that the company has “terminated” their agreement for the Chrisley Knows Best star to be their brand ambassador. Oddly, Todd Chrisley still reportedly has Beckett’s Spirits listed in his Instagram profile. Keep reading and we’ll give you the low down.

Todd Chrisley Partnered With Beckett’s In 2021

Chrisley Knows Best fans may recall that the reality TV star announced his partnership with the beverage company back in January 2021. At the time, Chrisley announced that his wife Julie Chrisley and daughter Savannah Chrisley would be joining him to promote the company’s line of non-alcoholic spirits and cocktails as a part of their “sober curious” movement.

“As America’s #1 Helicopter parent, my mission has been to find the perfect, sophisticated, non-alcoholic party cocktails for our family and friends of all generations – from Chase [Chrisley] and Savannah, even my Mother Nanny Faye,” the Chrisley Knows Best patriarch stated in a press release earlier that year.

“When I couldn’t find anything, I found the right partner in the Beckett’s team. They knew exactly how to make magic happen without the hazards of alcohol and the bland, boring, socially awkward options of sugary sodas and waters. So now, when everyone gets home, they will have been socially responsible – ALL GOOD. And everyone’s happy.”

At the time, Rick Gillis, President, of Beckett’s Tonics California, said “the entire Beckett’s team is excited to collaborate with Todd and the Chrisley family. Our shared values around healthy living and family provide us with an exceptional opportunity to bring Beckett’s™ to Chrisley’s audiences across the country through creative and fun storytelling,” per Global News Wire. The relationship, however, seems to have gone sour for Beckett’s.

The Chrisley brand represents more than one of the country’s top-rated reality TV shows including, “Chrisley Knows Best” and “Growing Up Chrisley.” According to Global News Wire, the USA Network is the #1 entertainment cable network in all key demographics while “Chrisley Knows Best” airs. Be sure and follow along with the Chrisley family drama and return here often for more spoilers, news, and updates.