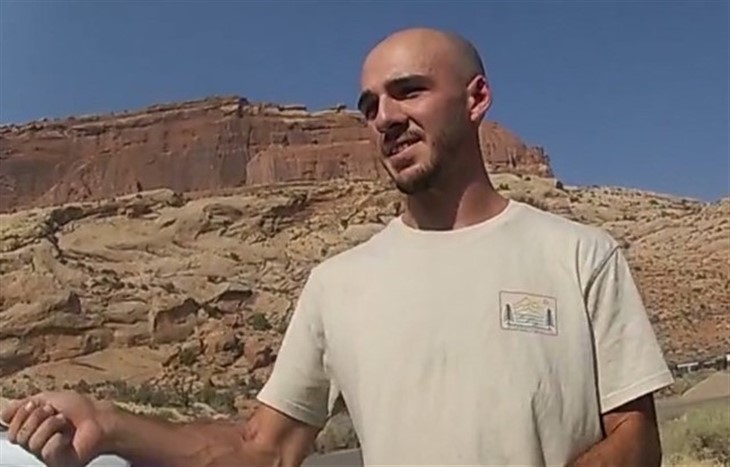 After Brian Laundrie’s autopsy was completed, it was revealed that he was shot in the left side of his head. Laundrie was known to be right-handed. Did Laundrie have an accomplice?

Former FBI Agent Jennifer Coffindaffer finds it odd that Brian would have shot himself in the left side of his head when his right hand was his dominant hand. The revelation came out in a 47-page autopsy report on bones found after Laundrie when missing from his Florida home. Laundrie when missing shortly before the body of Gabby Petito was found in Wyoming after accompanying Laundrie on a cross-country trip. Coffindaffer told “Radar Online” that it doesn’t fit for a right-handed person to commit suicide with their “off-hand.”

Laundrie disappeared two days after being named a person of interest in Petito’s disappearance. Petito was said to have been dead two to three weeks when her body was discovered. According to later reports, Laundrie took full responsibility for Gabby’s death in his notebook found with his remains. Coffindaffer even suggests that Laundrie could have been ambidextrous if he didn’t have an accomplice that assisted in his death.

Brian Laundrie News – Coffindaffer Says She Is Not A Conspiracy Theorist

Coffindaffer says, ‘I’m not a conspiracy theorist at all but I cannot ignore facts, nor can I ignore statistics. And statistics would say a predominantly right-handed person does not commit suicide with their left hand.’ According to the autopsy report released on February 14, 2022, Laundrie’s personal effects were discovered surrounded by human skeletal remains scattered on top of the dirt. Coffindaffer says that cases do not end with question marks. The question still remains, how or why did Laundrie shoot himself with his non-dominant hand? Coffindaffer says the best chance for the public to see any evidence is if Petito’s family sues Laundrie’s family and estate.

It is still strange that cadaver dogs search the area where Laundrie’s body was discovered but yet nothing was found. Six weeks after the fact, Brian’s remains are found scattered and his personal effects were discovered by Laundrie’s parents. How did Laundrie’s family know exactly where to look? How did investigators miss the site?

Why didn’t cadaver dogs trained to smell through water miss Laundrie’s remains? Is the former FBI agent right about assisted suicide? Was Laundrie trying to miss by shooting himself with the non-dominant hand? Could Laundrie have been attacked by an animal causing him to shoot himself? Speculation that there is more information out there is probably right. However, the information has not been ordered to be released to the public. Will the public see more in the future?

Will the Petito family sue Laundrie’s estate? Where there ever be closure in a case that gets more baffling instead of offering answers?  Keep 0checking back here for more Brian Laundrie news and updates.

Y&R Spoilers: Jack And Phyllis Heat Up – Bond Over Keemo