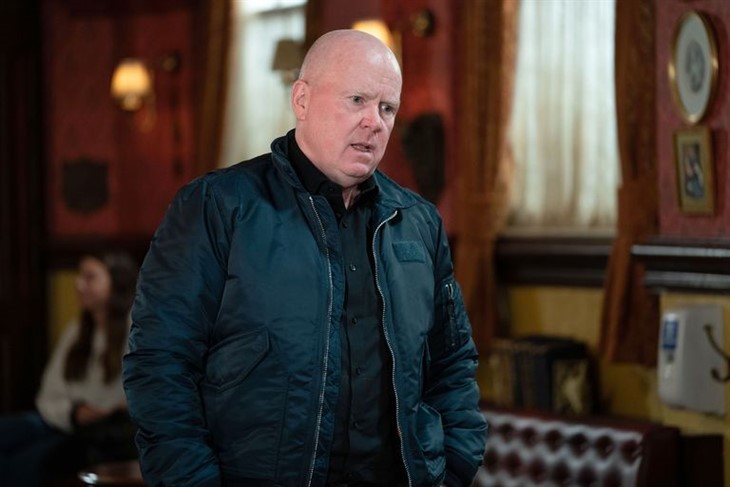 EastEnders spoilers and updates tease that Phil Mitchell (Steve McFadden) gets arrested after discovering Tina Carter’s body. Will he finally go to prison just like he expected? What will happen now that Tina’s remains have been uncovered?

It all starts during Kat Slater’s (Jessie Wallace) engagement to Phil. A lot of things are happening in the life of Phil on that day since Ben also confronts him about how he handled Tommy Moon (Sonny Kendall) when they were at the gym.

Later on, Tommy comes across his bullies once again and is tormented by them. Lily Slater managed to call Phil for help while Tommy hid in the Argee Bhajee for safety. Phil arrives just in time and Tommy’s bullies were unable to get on with their plan.

Phil used a pipe to scare Tommy’s tormenters away at that time. As he continued to whack the pipe on the floorboards, he accidentally discovers the remains of Tina Carter (Luisa Bradshaw-White), who was killed by Gray Atkins (Toby-Alexander Smith). Phil was immediately placed under arrest when the police showed up at the Argee Bhajee.

Phil realized that he created a hole in the floor of Argee Bhajee. That’s when he saw a skeletal arm, which was wrapped in a pink coat, which was what Tina wore the day she died. The previous explosion at the venue may have caused the floor to break easily. However, it still remains to be seen how Gray managed to hide Tina’s remains in that place.

Phil called the police to tell him what he found. However, DCI Samantha Keeble (Alison Newman) responded to his call. She’s hell-bent on sending Phil to prison so instead of listening to him, she arrested him right away.

In a previous interview with Digital Spy, Shona McGarty, who plays the role of Whitney Dean explained why her alter ego and Kheerat Panesar (Jaz Deol) took quite some time to report Gray to the authorities.

The actress said her character and Kheerat had to get some proof that would help expose Gray for the murderer he really is. And the only thing they knew how to do it is through their Miss Marple thing. Yes, they could have reported it to the police sooner but then, that’s not how it works in EastEnders.