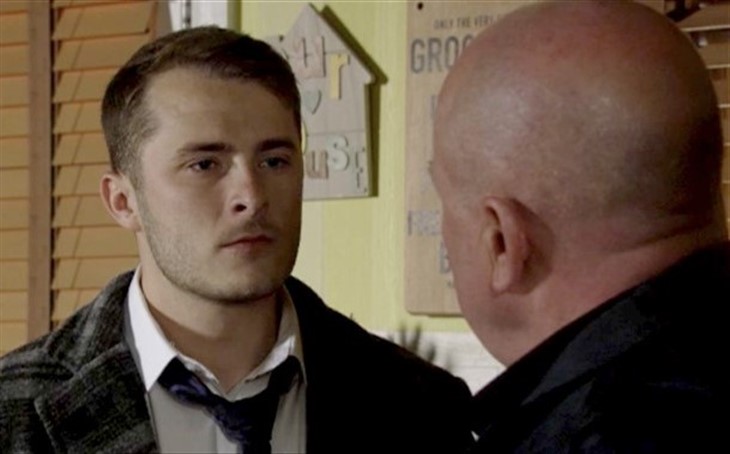 EastEnders spoilers and updates tease that the show is set to kickstart a “devastating” new storyline for the Mitchells. The family member who’ll be affected the most would be Phil Mitchell (Steve McFadden).

Spoilers hint that Phil will make a “lethal enemy” in jail. DCI Samantha Keeble will help ensure his safety but her efforts may be too late since some tragic news will make its way to the Square. Moreover, Mitch’s brother, Avery, will visit Albert Square. Fans will just have to wait and see what drama he’ll bring to the show.

In upcoming scenes, Phil will get released from prison. He’ll have something sinister in mind when he learns about what happened to Ben (Max Bowden). Fans may recall that the latter was raped by Lewis Butler (Aidan O’Callaghan). Phil will come up with a revenge plan to make Lewis pay for what he’s done to Ben.

As for Ben, it’s obvious that he’s still struggling to move on. The sexual assault has left Ben in pain. Fortunately, he has Jay Brown (Jamie Borthwick) and Kathy Beale (Gillian Taylforth) to help him get through this tough time.

But Peter Beale (Dayle Hudson) will remind him of the events during that drunken evening. It starts when Ben agrees to take Lexi Pearce (Isabella Brown) to a Pride fair in the Square. As they prepare to leave, Peter drops off a box containing lost items. Lexi notices a shirt and pulls it out of the box.

Ben then realizes that the shirt is owned by Lewis and it was the one the latter was wearing when the assault took place. Ben rushes and locks himself in the bathroom. Meanwhile, Kathy reprimands Peter and tells him to take Lexi home.

Fans know that Peter also had to suffer an attack. What he doesn’t know is that it was his uncle, Ben, who physically assaulted him. Ben has been taking his revenge on homophobes in the square since Callum Highway’s (Tony Clay) attack. He thought Peter was one of them when he brutally attacked his nephew.

Lewis, after getting fired by Kathy from Prince Albert, reveals to Peter that it was Ben who assaulted him. What will Peter do? How will this revelation affect the whole family?