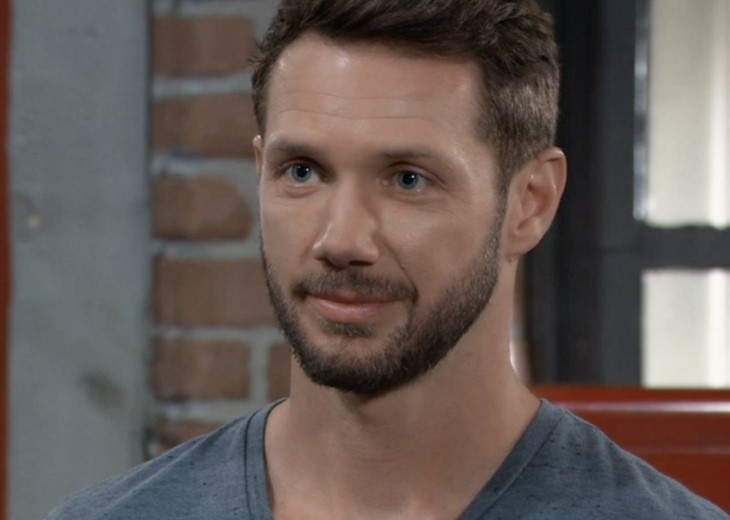 General Hospital (GH) spoilers tease that now that the Aurora / ELQ merger is a bust, Michael Corinthos (Chad Duell) will have time to focus on his plan to destroy Sonny Corinthos (Maurice Bernard). As viewers know, Michael has enlisted Dex (Evan Hofer) to infiltrate Sonny’s organization while he destroys Sonny’s legal companies. But Dex has already aroused Brando Corbin’s (Johnny Wactor) suspicions and even though they have appeared to bury the hatchet; Brando will still want to make sure that Sonny is protected.

General Hospital Spoilers – Dex May Be On His Own!

Although at the moment, Michael seems to have more time on his hands, he will soon have other, more personal issues to deal with. His girlfriend, Willow Tait (Katelynn MacMullen) has been having weak spells and passed out for the second time at the Metro Court Pool. Whatever Willow’s diagnosis turns out to be, Michael’s time will be completely devoted to Willow and her ongoing health concerns. This means that Dex may be on his own more than originally planned.

Dex is headstrong and impulsive. Without Michael’s guidance, he may make some moves that Brando will see as suspicious. With Brando already watching over him like a hawk, he will likely pick up on anything Dex does that seems to not be in Sonny’s best interest. Brando certainly won’t expect that Dex and Michael would be working together. Instead, he may think that one of Sonny’s mob rivals is out to get him. If that’s the case, Brando will want to make sure Dex isn’t there to kill Sonny or his family.

General Hospital Spoilers – Brando Will Think That Dex Is Dangerous!

Brando will continue to monitor Dex’s activities and will likely come to the conclusion that Sonny or his family might be in physical danger. To that end, he might take appropriate steps to stop him. At this point, Michael will have to come forward with his plan to ruin Sonny financially. Will Brando keep quiet or will he let Sonny in on what he finds? Could Michael actually threaten Brando’s life? Or Brando’s new wife, Sasha Gilmore (Sofia Mattsson)?

Will Brando trust Dex per Sonny’s request? Or will Dex continue to arouse suspicion? Will Brando find out the truth? Anything can happen in Port Charles so stay tuned to General Hospital airing weekdays on ABC. And don’t forget to check back right here regularly for all your General Hospital news, information, and spoilers!