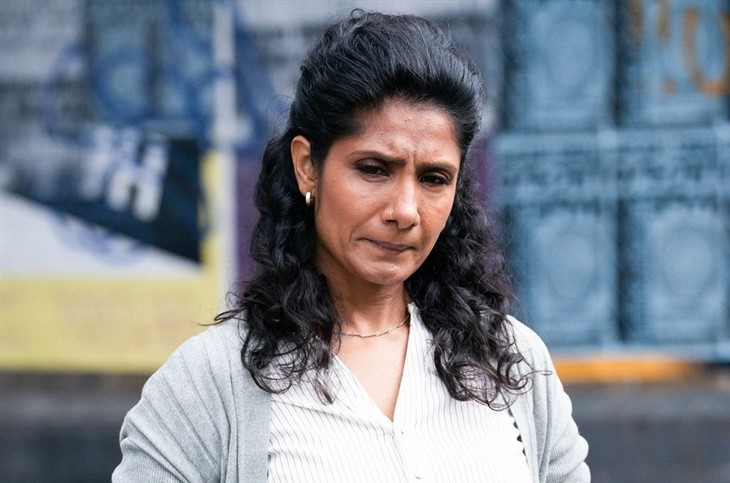 EastEnders spoilers and updates tease that Suki Panesar’s (Balvinder Sopal) life will be forever changed after she gets attacked by Ranveer Gulati (Anil Goutam). Things go from bad to worse as she gets involved in the latter’s murder.

EastEnders recently aired a double bill featuring Suki as she fights for her life when Ranveer tries to force himself into her. Things seem to be falling apart for Suki. First, Phil Mitchell (Steve McFadden) attacked her when he found out that Suki left Ben Mitchell (Max Bowden) for dead when he collapsed due to his drug problems. Fortunately, Kheerat Panesar (Jaz Deol) was there to hold Phil back.

Before that, Sharon backed out on her offer to loan Suki her money for the Minute Mart lease after she learned about what Suki did to Ben. Suki needed cash so she had no choice but to turn to Ranveer.

Suki agreed to go to bed with him if he signs a contract that says he’s handing over his business in Mumbai to her. After signing, Suki then revealed that she installed a hidden camera, which recorded their entire conversation.

Unfortunately, Ranveer wasn’t fazed by her threats. He locked the door behind her and said that she wasn’t going anywhere. Suki tried to leave Kheert a voicemail but Ranveer attacked her. She manages to grab hold of a heavy item and knocks Ranveer on the head.

Ravi arrives at the Panesars and finds his father’s unconscious body. He thought Ranveer was dead, and he told Suki to leave. Ravi discovers that Ranveer is still alive and kills him only to find out that everything was recorded on camera.

Later on, Suki learned that Ravi disposed of the body, but she had no idea that she didn’t kill him. She wanted to go to the police and use the footage in the camera to report the crime, but Ravi lied to her and said that the video was too incriminating.

Ravi ordered Suki to act as if nothing happened but the latter panics when she runs into Nina, who is looking for Ranveer. Once again, Suki asked Ravi to report what happened to the police. But he argued that he had already deleted the video to protect her. Will Suki find out the truth that it was Ravi who killed Ranveer? How will this affect Suki’s life?