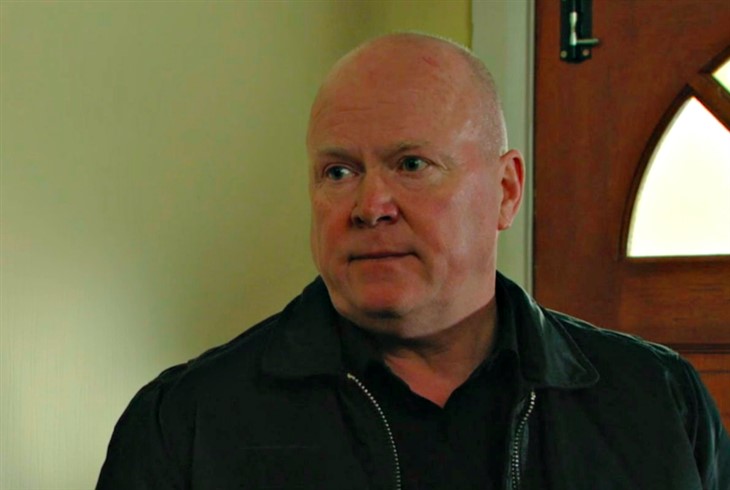 Eastenders spoilers and updates tease that Phil Mitchell (Steve McFadden) and Ben Mitchell (Max Bowden) will learn about Sam Mitchell’s (Kim Medcalf) shocking plan for Lewis Butler (Aidan O’Callaghan). Sam has come up with a plan to find Lewis after learning that he sexually assaulted Ben.
Fans know that Sam’s intention isn’t to avenge Ben for getting raped by Lewis. She came up with this scheme to get back in Phil’s good graces after he learned about her duplicitous actions at the nightclub.

As she tries to earn Phil’s trust, Ben gets discharged from the hospital after collapsing due to the drugs he took. Phil is relieved that his son is alive and returning home. However, he admits that his recovery will be a long road ahead.

Phil wants Ben to heal and asks Keeble to take care of Lewis for good. As Phil finds ways to help his son, Sam also uses Kat to reach out to Phil, but Kat refuses as she doesn’t want to be involved in their drama.

Sam gives up and decides to leave Walford. She asks Kat for the code to the safe where her passport is being kept. Kat gives her the code and warns her not to take anything else. As she prepares to leave, Sam gets news from Zack Hudson (James Farrar) that he found Lewis.

Sam rushes to the place where Lewis is. But before that, she takes a gun from the safe and puts it in her bag. She tells Phil that she has Lewis tied up in the trunk of her car, leaving him shocked. She also added that she’s got Phil’s gun, and now is the perfect time to avenge Ben. Will Phil take matters into his own hand?

Elsewhere, Avery Baker’s (Omar Lye-Fook) funeral gets underway next week. It’ll be a sad and difficult time for the Baker/Taylor clan. Tara Misu’s arrival will upset Mitch Baker (Roger Griffiths), but he’ll soon realize that Felix (Matthew Morrison) did it for Avery.

Meanwhile, Jay Brown (Jamie Borthwick) will be upset that Stuart (Ricky Champ) is late for the funeral. Things go from bad to worse for the latter when he gives some details about the service, leaving Mitch frustrated. Jay will be fed up with all the complaints he’s been receiving against Stuart and decides to fire him.