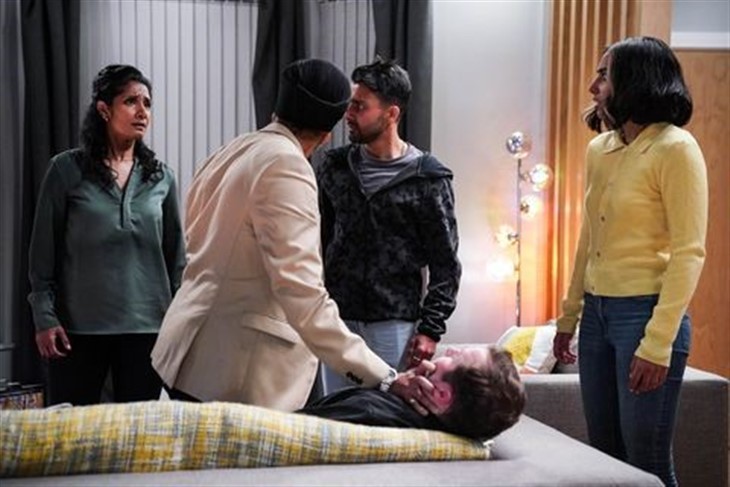 EastEnders spoilers and updates tease that Suki Panesar (Balvinder Sopal) will confess to her family how she’s involved in Jag Panesar’s (Amar Adatia) death. She’ll have to face the consequences of her confession, which comes after Ben Mitchell’s (Max Bowden) admission of culpability.

Fans may recall that Ben finally came clean to the Mitchells about his betrayal. He admitted that he called off the men who were supposed to protect Jags in prison. It was a favor that he was supposed to do for the Panesar family. But he betrayed them out of spite and now he blames himself for Jag’s death.

Ben’s confession left Kheerat feeling furious. He launched at him and continued to beat him, while the rest of his family watch. Nobody tried to help Ben excepted for Suki. The latter was feeling guilty since she knows that she also has something to do with his death.

Fans may recall that Jag’s time in jail was Suki’s idea. The latter was innocent but his mother asked him to take the fall for his younger brother, Vinny. Fans may recall that he committed a crime because Suki didn’t approve of his relationship to Habiba.

Suki and Slater tried to stop Kheerat from beating Ben while Vinny and Ash encouraged Kheeran to take revenge for what he’s done to Jags.

Suki can no longer take what’s happening to Ben, so she confesses that she’s family for Jag’s imprisonment in the first place. During the chaos, Stacey Slater (Jean Slater) brings Ben to Cathy Beale (Gillian Taylforth). Meanwhile, the Panesars continue to struggle over Suki’s admission that she sent Jags to jail for a crime that he didn’t do.

Suki tries to apologize for what she’s done, but Kheerat tells her that no mother can do what she’s done. Her confessional forces the Panesars to disown their mother.

Suki tries to explain herself. She’ll admit that Jag’s blood is in her hands, and there’s nothing she can do to change that. He also said he’d take it all back in a heartbeat, but Kheerat responded and said she doesn’t have one.

Ash wants to call the police on his mother, but Suki warns that if he does, then Vinny will be at risk of going to prison. Kheerat doesn’t want to lose any more of his brothers, so he pins all the blame on Suki and Ben.