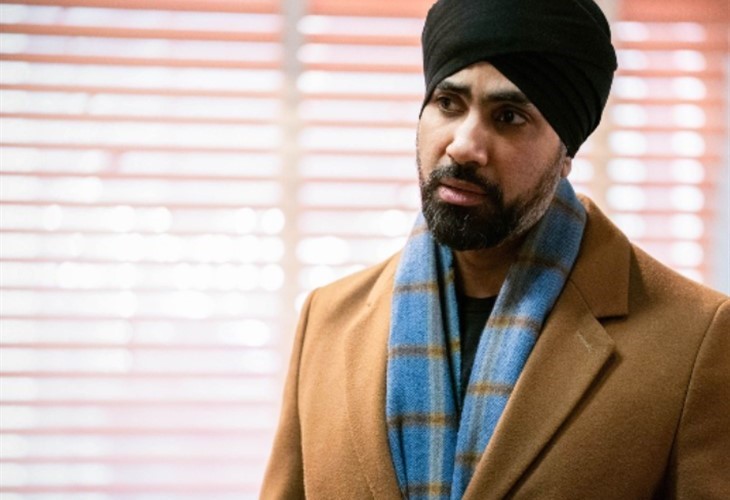 EastEnders spoilers and updates tease that Kheerat Panesar (Jaz Deol) will make a huge decision next week as he plans to leave Albert Square for good. He’s on the run from the law after his violent showdown with Gray Atkins (Toby-Alexander Smith).

Fans may recall that Kheerat had a physical confrontation with Gray, which left the latter unconscious and bleeding on the floor. Chelsea Atkins (Zaraah Abrahams) returned home and found both men after their vicious brawl.

Kheerat fled the scene when Chelsea called 999. He told his brother Vinny Panesar (Shiv Jalota) that he has to leave town because the police will be after him, now. The latter also confided in Suki Panesar (Balvinder Sopal) about Kheerat’s concern that he may have killed Gray.

Kheerat watched as the police enter Gray’s house from afar. Stacey Slater (Lacey Turner) pulled him inside to keep him out of sight. She also covered for him when the police showed up at his door.

Stacey knows that Kheerat doesn’t have that may option so she comes up with a plan to leave the Square with him. She was now willing to go with him after her finding out that he had no feelings for Whitney Dean (Shona McGarty).

Suki, who knows that Kheerat is on the run, tries to postpone the latter’s meeting with Ranveer. She’s unable to push back the meeting so Vinny steps up and tries to help. However, Ranveer isn’t impressed and wants to talk to Kheerat instead.

Soon after, Kheerat arrives and puts Ranveer’s mind at ease that everything is going well with the investment. Kheerat solves the problem but Vinny feels left out because of his brother’s intervention.

In upcoming scenes, it seems like Stacey won’t be coming with Kheerat after all. After dealing with Ranveer, Kheerat will share a passionate goodbye kiss with Stacy. But before he can leave Walford, Whitney tries to convince Kheerat to stay and help protect Chelsea from Gray. Will this be enough to convince him to stay?

In a previous interview with Metro.co.uk, Jaz Deol said that his alter ego, Kheerat, will do everything to make sure that Gray pays for his crimes. He wants justice and he wants Gray to face the consequences of his actions.