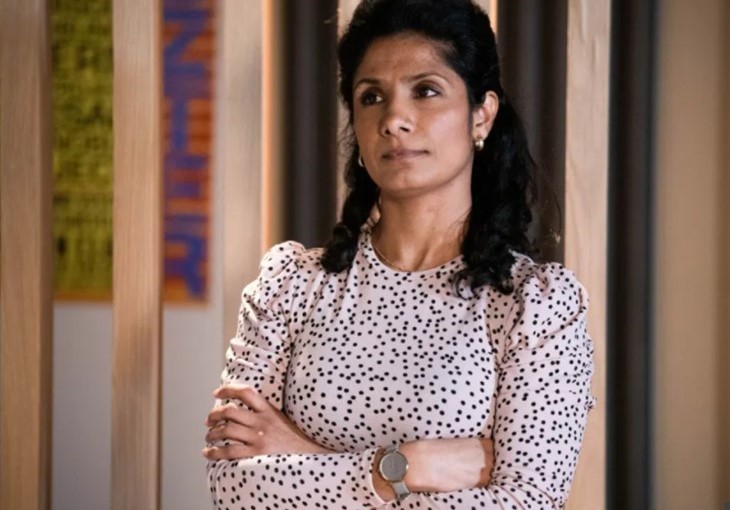 Before Jags went to prison, Suki was trying to determine how to deal with his decisions and mistakes. Even though he thought his romance was a secret, Suki always knows what is going on with her children. She pretended to be happy when the announcement was made but quickly did damage control. She turned her own son into the police and made sure he didn’t get off.

Eastenders spoilers reveal that Habiba wouldn’t accept Jags fate and was determined to find out the truth. However, it turns out there is more to the story than anyone realized. When Ash learns some news, she tells Suki. However, it’s not Suki that’s surprised… it’s Ash and she is in disbelief over how cruel her mother can be.

Metro confirms that Habiba is pregnant with Jags baby. Iqra is so excited and shares the news with Ash. This makes the situation more complicated and she goes to inform Suki of the new development. When Suki makes it clear that she already knows – and knew when she sent Jags to prison – Ash is horrified. The two women get into a physical altercation, complete with Suki slapping Ash as hard as she can.

Eastenders spoilers reveal that Ash finally opens up and tells the truth to Iqra. She responds by leaving with tears in her eyes. She is heartbroken, devastated, and full of rage all at the same time. Ash tries to get her to stay but it’s too late. This might be something that Iqra just can’t forgive and now, she is most likely going to tell Habiba what really happened to Jags and the truth behind his incarceration.

How will Suki do damage control now? Could Ash suffer a similar or worse fate than Jags? We all know how Suki demands total loyalty from her children. It’s one thing for Jags to make mistakes and bad decisions. But in Suki’s mind, it’s so much worse for Ash to betray the family by exposing Suki’s evil secret. She could be in grave danger and might be Suki’s next victim. To find out what happens next with the Panesar family and this storyline, we are going to have to keep watching the BBC soap.