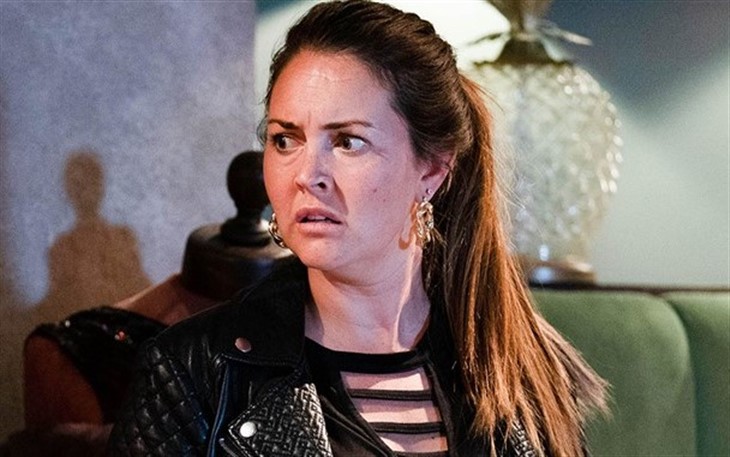 EastEnders spoilers and updates tease that Stacey Slater (Lacey Turner) may be facing a health scare. She may be developing sepsis due to the injury she sustained. Will she manage to recover?

Fans may recall that Jean Slater (Gillian Wright) shoved Stacy. She sustained injuries because of the incident but she also started to hope that her mother may be experiencing a turning point when she showed concern after what had happened.

As for Kat Slater (Jessie Wallace), she has started to wonder if Jean should be confined in the hospital once again after what happened to Stacey. The latter told Kheerat Panesar (Jaskiranjit Singh Deol) what happened to her. However, during their conversation, Stacey collapsed and was rushed into the hospital. Later on, it was revealed that Stacey was developing sepsis because of her injuries.

Jean and Stacey got into a fight and the former pushed her daughter. Stacey had to pull out a shard of glass from her back and that injury is the reason behind her recent health scare.

Things are getting worse for the Slaters. Jean was diagnosed with bipolar disorder. She was put in a mental health hospital but was later on released to Stacey’s care.

Recently, Jean only wants Lily (Lilia Turner) to take care of her. Lily has started to feel the pressure of having to take care of her grandmother and she even started to worry that she may also have bipolar disorder. Because of her growing concerns, she has decided to take Jean’s medication, thinking that it would help prevent her from suffering similar breakdowns.

EastEnders spoilers tease Stacey saw Lily’s struggles so she decided for her to stop caring for Jean. She also grew concerned about Lily’s health when she learned that she was taking her nan’s medication. So, she’s decided to bring her to the hospital so she can be checked by doctors.

Fortunately, Lilly was cleared and the doctors said that she’s doing fine. As for Stacey, she managed to get the necessary medical intervention, which stopped the infection right away.

Meanwhile, Jean got a visitor. A mental health nurse had visited her at home. Stacey finds out later on that the visit was brought on by Kheerat after he told the doctor what happened. Now she has to deal with her mother who has decided to lock herself in the bathroom. How will she handle this situation? Will she place Jean back into a mental health facility?