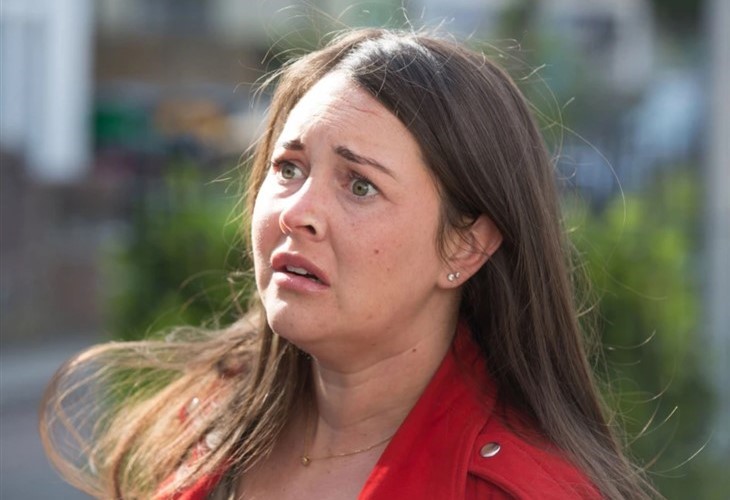 EastEnders spoilers and updates tease that Stacey Slater (Lacey Turner) will deal with another problem after the incident with Jean Slater (Gillian Wright) in Southend. She’ll get into an argument with Martin Fowler (James Bye), which involves telling Lily the truth or not.

Jean is experiencing a manic episode. Harvey will be furious when he learns that she spent a lot planning for their wedding. Later on, he decides that he and Jean should take things slowly after realizing that she may be unwell. He comes to this realization after Jean acts nonchalantly after telling her that Aaron’s life is in danger.

Things get out of hand when Stacey realizes that Jean is missing. She asks Martin to help her find Jean. Later on, they find Jean as she walks toward the water. Will Stacey manage to bring Jean to safety? Will Jean get the help she needs?

Stacey will find herself confronting Martin as to whether or not they should tell Lily about what happened to Jean. At first, Stacey seeks Martin’s help. Unfortunately, they ended up arguing because they had differing opinions on how they should handle the situation with Lily.

Stacey believes Lily should know but Martin thinks otherwise. The latter talks to Zack and later on changes his mind. He’ll agree with Stacey that Lily should learn the truth. The problem is that Stacey no longer wants Lily to know.

Stacey confronts Martin and tells him that she doesn’t think Lily should be told the truth but Martin disagrees. The pair argues without knowing that Lily is listening.

Later on, Lily tries to steal a drink in The Vic. When Shirley Carter (Linda Henry) spots what she’s doing, she tells her that she can ask anything about Jean. However, she’ll only give her the answers if she promises to keep it a secret. How will Stacey react when she finds out that Shirley went behind her back and told Lily about Jean’s condition?

Harvey will regret what happened to Jean. However, he’s having second thoughts about visiting her in the hospital. When he learns that Stacey’s car won’t start, he’ll decide to drive her to the hospital instead. But he won’t be just driving her there. He’ll muster up the courage to visit Jean. Fans will just have to wait and see how it’ll go.