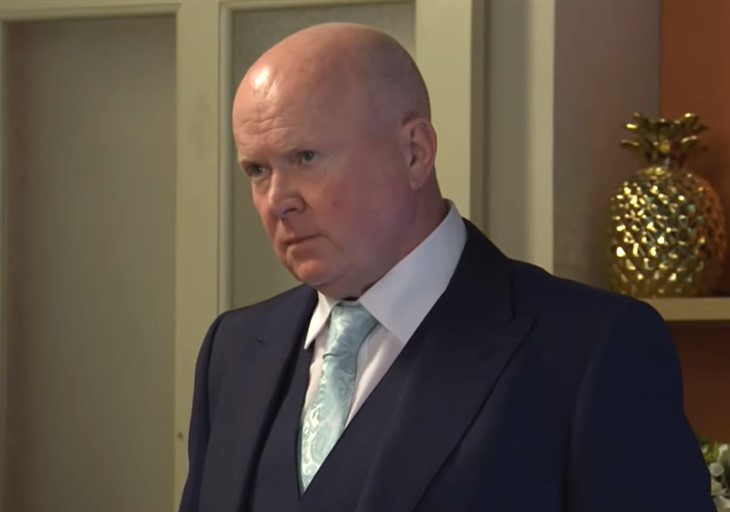 EastEnders spoilers, news, and updates tease that Phil Mitchell (Steve McFadden) will finally uncover Sam Mitchell’s (Kim Medcalf) secret. Someone will break the news that Sam has been scamming him for months. How will Phil react?

Sam had her own plans in mind when she arrived in Walford. Since then, she’s been hiding a lot of secrets and doing some scheming behind Phil’s back. Now, she continues to deal with monetary problems and Shirley Carter (Linda Henry) is pressing her for payments.

The latter will blackmail her for money and will threaten to spill her secret to Phil if she fails to give her what she wants. Sam remains unfazed and calls her bluff. Unfortunately, Shirley makes good on her word and starts to look for Phil to break the news about Shirley.

They run into Jonah Tyler (Mark Mooney), who also threatens Sam. Phil intervenes and lands a punch on Jonah, who then threatens him and his family. Things turn for the worse when Shirley tells Phil about Sam’s schemes. Sam tries to defend herself against Phil and Kat Slater (Jessie Wallace). The revelation catches Phil off guard and he has no choice but to kick her out of the house for what she’s done.

As for Lola Pearce (Danielle Harold), she’ll organize a surprise party for Jay (Jamie Borthwick), who reveals to Callum Highway (Tony Clay) and Ben Mitchell (Max Bowden) that he doesn’t want to celebrate this year. As Lola moves forward with her plans, Callum and Ben wonder if they should tell her that Jay doesn’t want to celebrate. How will Jay react when he learns about Lola’s surprise birthday party? Lola will eventually learn that Jay already knows about the bash. But Jay will lift up her spirit when he says that she was the love of his life.

As Lola plans Jay’s birthday bash, Ben and Callum will start to grow closer once again. Lola will come up with a plan to have the pair talk to each other again by asking them to help Vi Highway (Gwen Taylor) in moving out of her house.

Ben and Callum eventually realize that they’ve been set up but they will still continue to talk. The pair will reach a point in their conversation when they both admit that they still have feelings for each other. Will they rekindle their connection and romance?