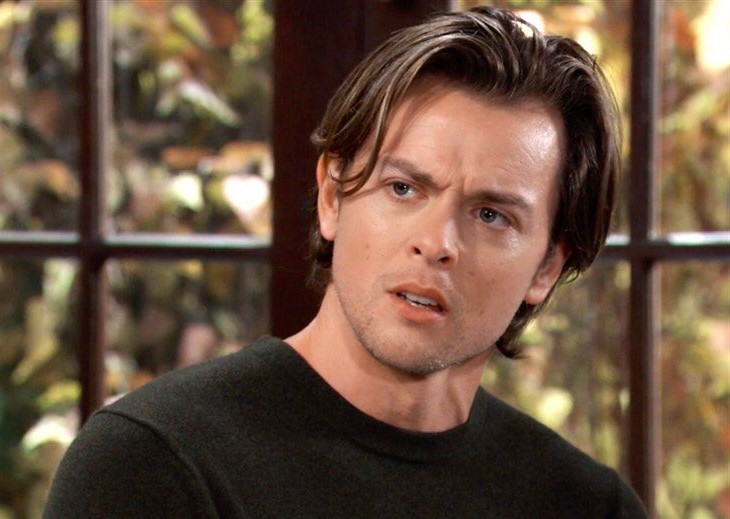 General Hospital (GH) spoilers indicate things are warming up between Dex Heller (Evan Hofer) and Josslyn Jacks (Eden McCoy). But before their budding dalliance can get off the ground, Joss’ big brother, Michael Corinthos (Chad Duell) will do everything in his power to squash it.

Bad boy Dex has brought a new kind of charm to town, and into Joss’ world. She may not be going out of her way to bump into him, but she can’t help noticing him wherever she goes. Sure, mob boss Sonny Corinthos (Maurice Benard) has Dex keeping a watchful eye over everyone he loves since The Hook has gripped Port Charles, but this is one assignment Dex definitely doesn’t mind tending to.

However, Dex doesn’t only answer to Sonny. Since he came to town, he’s been working to infiltrate Sonny’s organization to take him down, under the covert direction of Sonny’s eldest son, Michael. Big brother Michael hasn’t been keen on Dex spending time with his little sister, Joss. He wants her out of harm’s way and clearly sees Dex as a potential threat to his overall plan should he develop any kind of relationship with any other player in Sonny’s world. Michael will push Dex to steer clear of his entire family, and that will complicate matters since Sonny only wants Dex closer.

GH Spoilers — Dex Heller Tells Michael Corintos To Back Off, or Else

Soon, Michael will confront Dex and demand he back away from Joss and leave her alone for good. But it’ll be too late. Dex will have already started to develop an interest in Joss that he doesn’t want to ignore.

Dex will also find himself growing more interested in being a legitimate part of Sonny’s team, and he may be willing to forsake Michael over it. Ultimately, Dex may put Michael in his place and threaten to tell Sonny the truth about Michael’s plans if Michael doesn’t step aside and let Dex date whomever he chooses.

Despite Michael’s attempts to keep Joss and Dex apart, the two will continue to bump into one another, and soon will share a traumatizing experience that makes them feel bonded—- even if it isn’t at all in a healthy way.

Getting through the trauma will bring them both closer together. Dex will become protective of Joss, and neither Michael nor Sonny will be able to stop him from caring for her. Will Joss return his feelings enough to break things off with Cameron Webber (William Lipton)? Keep coming back to us for more spoilers and GH news!