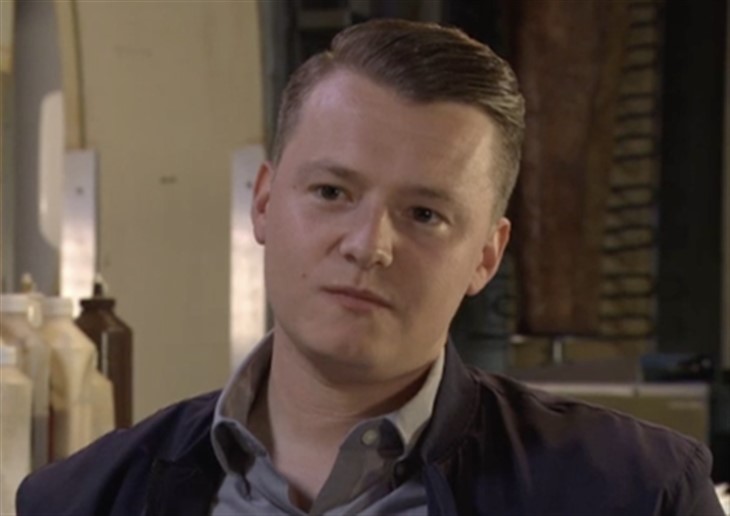 EastEnders spoilers and updates tease that Aaron Monroe is leaving the show. EastEnders confirmed the news about the character’s exit given that the actor behind it, Charlie Wernham, filmed his final scenes some time ago.

In the June 8 episode, EastEnders revealed the fate of Aaron after he was arrested and got charged with terrorism. Aaron was involved in a far-right group that planted a bomb in the square. The police picked him up after his father, Harvey Monroe (Ross Boatman) reported his racist son’s shocking behavior.

Since his arrest, fans have been wondering what happened to Aaron. Recently it was revealed that he was transferred to a Newcastle prison after getting sentenced for the crimes he committed. However, it wasn’t revealed how long he had to spend in jail.

EastEnders revealed that Charlie Wernham was done filming his final scenes quite some time ago. The last time he made an appearance was when Harvey visited him in prison.

Wernham may no longer be in Coronation Street, but fans can watch him on the upcoming Bad Education special on BBC Three.

EastEnders Spoilers – Will Ben Get Revenge On Lewis Butler?

Spoilers hint that Ben Mitchell (Max Bowden) will prepare to report Lewis Butler (Aidan O’Callaghan) to the police for sexual assault. It all starts when Ben comes clean to Jay Brown (Jamie Borthwick) about what Lewis did to him. Jay will urge him to go to the police, but Ben is concerned that they won’t believe him.

As Ben gathers the courage to report the assault to the police, Callum will show his support for Lewis, who claims that he recently experienced a homophobic attack. He wants Callum to help him report the attack to the police.

Later on, Ben wants to get revenge on Lewis. He asks the latter to meet him at the Arches. But Ben won’t be there to talk things out. Instead, he plans to teach Lewis a lesson with the help of a crowbar.

Kathy Beale (Gillian Taylforth) learns what Lewis did to Ben. So she decides to fire him from his job at The Albert. As expected, Lewis is furious after losing his job. To get even, he tells Peter Beale (Dayle Hudson) that his own uncle, Ben, was responsible for the attack that happened to him recently.

Elsewhere, Peter tells Kathy that he knows Ben was his attacker. He wants Kathy to prove her loyalty to him by reporting Ben to the police.

90 Day Fiance Spoilers: What Does Danielle Jbali Do For A Living?

Days Of Our Lives Comings And Goings: Cady McClain Back As Jennifer