Were General Hospital’s Chad Duell And The Young And the Restless’ Courtney Hope Ever Married? 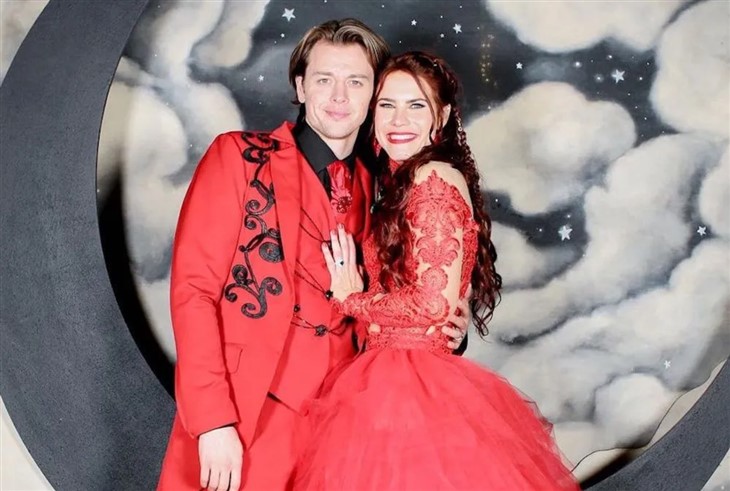 General Hospital star Chad Duell (Michael Corinthos) and The Young and the Restless star Courtney Hope (Sally Spectra) made headlines in October when their five-year romance seemed to translate into a marriage, with the couple throwing a steampunk-themed wedding in which the bride and groom, as well as their multitude of soap star guests, wore black and red for a modern gothic look.

Then, less than two months later, the pair revealed the shocking news that they had split up, with photos from that unusual wedding quickly being deleted from their social media accounts. And now, Duell has revealed what happened — sort of.

While appearing on State of Mind, the mental health YouTube show hosted by fellow GH star Maurice Benard (Sonny Corinthos), Duell attempted to remain diplomatic while discussing their breakup, but also confused fans when he alluded to the pair never being married at all.

Then, he said the one thing that had fans scratching their heads after seeing so many photos of their wedding online, including in People Magazine.

“We didn’t actually sign anything,” he said. “We weren’t really, like, you know, married or anything, really. It was amicable, kind of just that. And that’s all I can really say. We always want the best for each other.”

Back in 2012, Duell also got married, but that ended in an annulment soon after. Then, he got involved with co-star Kristen Alderson (ex-Starr Manning/Kiki Jerome) and the pair became engaged, but they never made it to the wedding stage of their relationship.

Hopefully, things work out better for Duell and Hope’s on-screen romances than they did off-screen. Stay tuned to General Hospital and The Young and the Restless weekdays to find out.