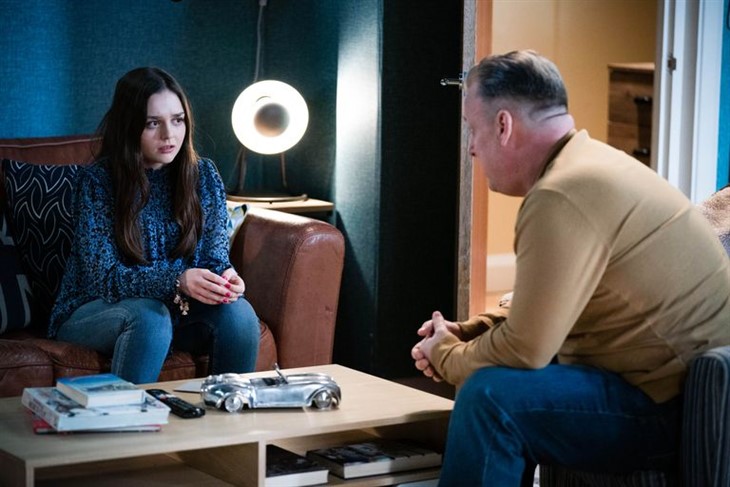 EastEnders spoilers and updates tease that Harvey Monroe (Ross Boatman) and Dana plan to leave Walford following Aaron’s arrest. Harvey comes up with a lie to explain their sudden decision to leave town.

Fans may recall that the far-right group was responsible for the violent assault of Keegan Butcher (Zack Morris) back in December 2021. At first, Harvey kept quiet when he noticed changes in his son’s behavior, Aaron.

Harvey was desperate to convince his son, Aaron, to leave the extremist hate group that he got himself involved in. But instead of staying away, Aaron became the leader of the gang in Manchester. Not only that, he planned to take his sister, Dana, with him as he leaves Walford.

Harvey was shocked at Aaron’s admission that he would have bombed The Albert on New Year’s Eve if Dana hadn’t been there. Because of that, Harvey made a difficult decision to call the police on his son and have him arrested.

After that, Harvey comes up with a lie that his mom is ill. He tells Jack Branning (Scott Malsen) that they need to leave Walford to take care of her. However, Dana doesn’t want to leave town when she finds out about his father’s plan.

But, Harvey tries to convince her by reminding her that their landlord is a police officer and they may kick them out of their home if he finds out about what Aaron did.

Later on, Dana tells Peter Beale (Dayle Hudson) that she can’t come to work because she’s too sick. She then turns to her friends Mila (Ruhtxjiaïh Bèllènéa) and Kioni Marwa (Florisa Kamara) for some serious conversation thinking that she ended the call with Peter.

Aaron was the reason why Dana and Bobby broke up. He manipulated his sister by saying that Bobby was trying to isolate her from her family and convince her to convert to their religion.

Who Shot Hayden On General Hospital?