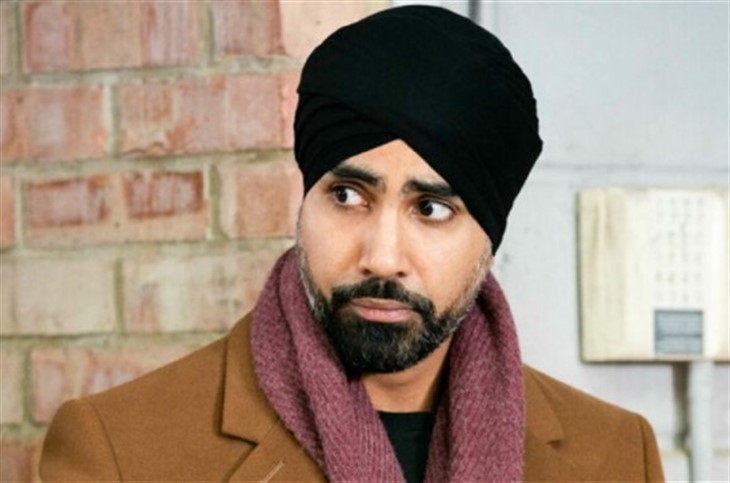 Spoilers hint that Kheerat will struggle to remain civil with his father as the latter returns to Walford to reconnect with his family. He invites his children for a family lunch, but Ash Panesar (Gurlaine Kaur Garcha) and Kheerat fail to show up.
Kheerat will continue to avoid crossing paths with Nish and open up to Stacey Slater (Lacey Turner) as to why he hates him so much. He reveals that Nish killed someone who got too close to Suki.

Nish will continue to win his family back and tries to reacquaint himself with the family business. But he’ll have a hard time getting close to Kheerat. They will eventually engage in a confrontation that leaves Nish unconscious on the floor. Ash treats his father and Nish will take the opportunity to bond with his daughter.

Kheerat’s day worsens when he realizes that Stacey knew about his father and Eve and Suki’s romance. He’ll get even more furious when he finds out that Nish managed to get closer to Ash. He finally decides to tell his siblings about Nish’s past and reveals why he was sent to prison.

Later on, Vinny and Ash will confront Nish and ask if Kheerat is telling the truth. How will Nish react? What does this mean for the Panesar family?

Navin Chowdhry, the actor who plays Nish, reveals that his character will explain to Ash how Kheerat became the head of the family at a very young age.

“Nish readily admits Kheerat took on that responsibility which, rightfully, he cannot relinquish now his dad is out. Nish reconnects with the younger ones – Ash and Vinny – because he knows he can easily win them over. He does have genuine compassion and love for them, but it’s on his terms,” he explained.

The actor said that Kheerat is Nish’s biggest challenge. He’ll try to win him over, but if he can’t, he’ll make sure he gets him out of the way. Chowdhry hinted that nobody stands a chance against Nish, and that includes Kheerat.

Chowdhry also revealed that Nish thinks the world and his family owe him for the time he spent in jail. He feels “pained and wronged” and wants a payback. Now that he’s out, he will try to reclaim what he believes is his. He spent 20 years in prison and was separated from his kids for that long. He wants to reconnect with them but on his terms.

Days Of Our Lives Spoilers: Jack Wants To Move Gwen Into The Horton House