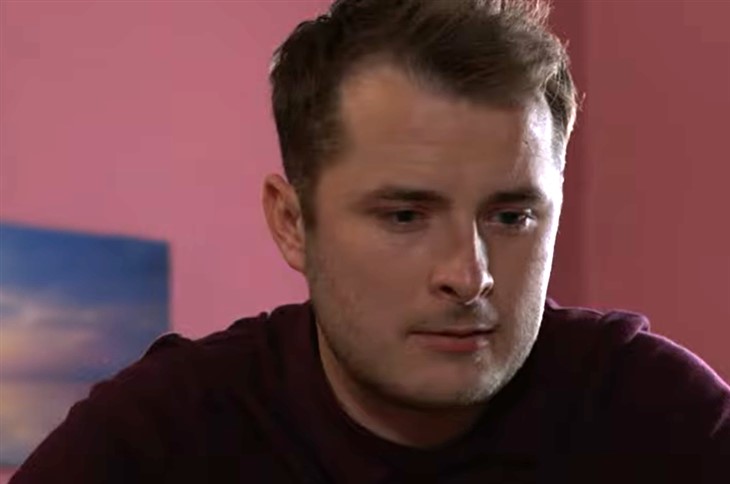 EastEnders spoilers and updates tease that Ben Mitchell (Max Bowden) will decide to go back in the closet after his recent homophobic attack. Callum Highway (Tony Clay) will be heartbroken over Ben’s decision. Will they be able to get past this?

It all started when Ben invited Callum to go on a night out. A few others joined the pair including Eve Unwin (Heather Peace), Stacey Slater (Lacey Turner), and Ash Kaur. The group headed off to the train station.

However, they were confronted by Neil Hughes (Thomas Coombes) and his hate group. Tensions rose and the five friends ended up getting attacked. As Neil’s group kicked Callum while he was on the ground, Ben was horrified and froze. He recalled what happened to his ex-boyfriend, Paul Coker (Jonny Labey), who died after a similar attack a few years back.

The latest homophobic attack had an immense impact on Ben. Callum struggled to make Ben open up about what had happened even with Phil Mitchell (Steve McFadden) and Kathy Beale’s (Gillian Taylforth) help.

Ben turned to Paul’s grandmother, Pam Coker (Lin Blakley). He opened up about the incident and said that he’s been afraid ever since the attack happened. Instead of giving him some encouraging words, Pam said something that shocked and bothered Ben.

Pam admitted that she sometimes wondered if Paul would be alive if she wasn’t that supportive about him coming out about his sexuality. The pair didn’t know that Callum was around. He was horrified at what he heard Pam say and criticized her for pushing Ben to hide his real sexuality once again.

Callum eventually asked Pam to leave. But before she left, she reminded Callum that loving someone means allowing them to make decisions for themselves. She also told him to take care of himself and Ben.

Pam’s words have greatly affected Ben. Callum tries to convince Ben that he can live as who he really is. However, Ben doesn’t agree. He’s decided not to live publicly as a gay man so that he can have a future with Callum.

Ben’s decision to go back into the closet has hurt Callum deeply. How will this affect their relationship? Will Ben eventually accept his sexuality and be comfortable in going public about it?

GH Spoilers: A Leading Man Thinks His Pairing Is The New Luke And Laura?