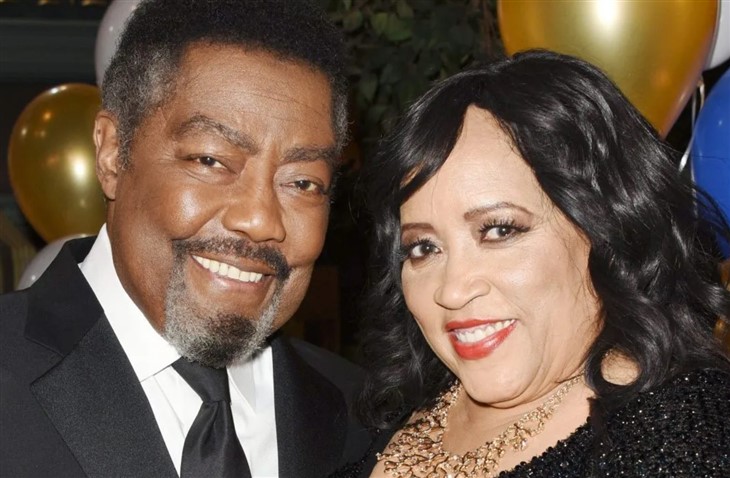 Days of Our Lives just gave us a wedding to remember when longtime favorite Abe Carver finally got the girl and married Paulina Price.

Days Of Our Lives Spoilers – The Significance Of The DOOL Wedding

With Abe and Paulina deciding to marry on Juneteenth (at least in Salem, as Juneteenth is June 19th, which was on a Sunday when soaps do not air), the soap gave fans a little history lesson on this day that is marking its second year as a national holiday. It marks when slaves in Texas finally learned they were emancipated, years after Abraham Lincoln’s Emancipation Proclamation.

Actors Jackee Harry and James Reynolds offered their thoughts on this important wedding in a DAYS YouTube video.

“To this day, they party down on Juneteenth…party hard,” she Harry explained, about her own family and their celebrations in South Carolina.. “It’s known as the day of reparations when the slaves were emancipated by Abraham Lincoln, and a lot of slaves didn’t know they were emancipated, so when they found out, they celebrated!”

Reynolds continued where she left off, giving his own history lesson like the one Julie Williams (Susan Seaforth Hayes) was given by Olivia Price (Marla Gibbs) in the Horton living room. “Basically the Emancipation Proclamation only freed the slaves who were in the states that were in rebellion…so the truth of the matter is, slaves weren’t free everywhere.”

Of course, this non-typical soap wedding was still a typical soap wedding as matron of honor and daughter of the bride, Lani Price (Sal Stowers), confessed that she is the one who killed TR Coates (William Christian), although Paulina is the one who took the fall for her. At least Lani waited until the ceremony was over to make her admission, but it also looked like forgiveness all around as Lani and Paulina’s loved ones understand why she did what she did.

All the guests now know what Lani did, so anything can happen to her and her career. Poor Lani was ready to turn her own self in but Julie did her best to talk her out of all of that. She even made sure that everyone there would keep this secret forever, but how will that work out in Salem? Probably not very well. Stay tuned to Days of Our Lives weekdays to find out.