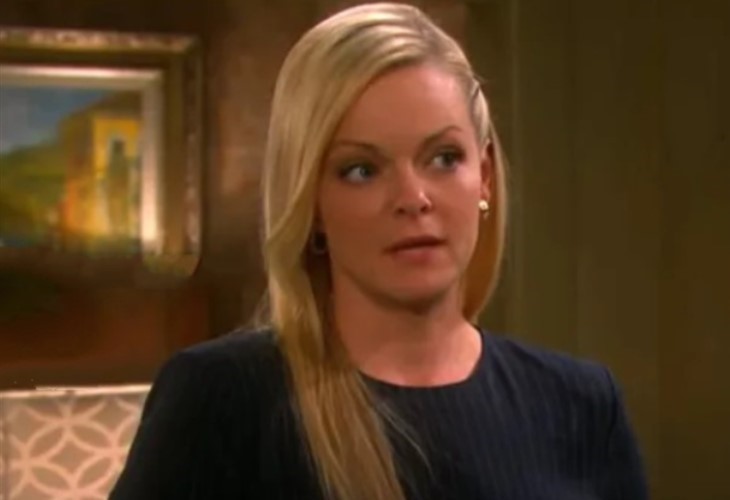 Days of Our Lives spoilers reveal Belle Brady (Martha Madison) isn’t giving up on EJ DiMera (Dan Feuerriegel). Belle confronts Chad DiMera (Billy Flynn) about lying on the stand. Eventually, Belle will find evidence that could clear EJ. However, if Belle brings it to DA Melinda Trask (Tina Huang), will she reject it based on her personal feelings about the DiMera family?

DOOL spoilers reveal that many characters in soaps have a vendetta. DA Trask is no exception and actually has beef with a few people in Salem. One just happens to be Kristen DiMera (Stacy Haiduk), who is responsible for the death of Trask’s daughter, Haley Chen (Thia Megia).

The other is the DiMera family, who she feels gets away with everything. So, when EJ was convicted of kidnapping Sami DiMera (Alison Sweeney), Trask viewed it as a victory.

During the week of March 7, Belle will keep on trying to get to the truth. EJ insists that he’s innocent of kidnapping. EJ also claims that he never forced a kiss on Abigail DiMera (Marci Miller) and wasn’t anywhere near her that day. However, Chad is convinced otherwise.

Belle was sure that Chad was going to testify in EJ’s favor on the day of the trial. Then, he started choking and after the recess, Chad’s entire demeanor changed. Belle will want to know if lied on the stand after “seeing” EJ kiss Abigail.

Days of Our Lives spoilers reveal that Belle isn’t going to give up. Even if Chad admits to lying on the stand, Belle would have to prove it. Chad has no intention of letting EJ go free. However, it’s more likely that Chad won’t tell Belle the truth.

With that being said, Tony DiMera (Thaao Penghlis) might overhear the conversation and approach Belle himself. Tony recently found out about what Chad did and was mortified. Even though Tony will have his hands full with Sarah Horton aka “Renee DuMonde” (Linsey Godfrey), he isn’t okay with his brother being in prison for a crime he didn’t commit.

Plus, Belle could somehow find new evidence that just might prove that EJ’s innocent. At the very least, the evidence could warrant a new trial.

Even if Belle does bring evidence to the district attorney, Trask has been out for DiMera blood for a long time. Trask won’t want EJ to be released as she feels that the DiMera family has gotten away with far too many crimes over the years.

This could be another obstacle to Belle getting EJ released from prison. However, Belle has won more difficult cases in the past. So, she will likely find some way to free EJ, even if it takes some time.