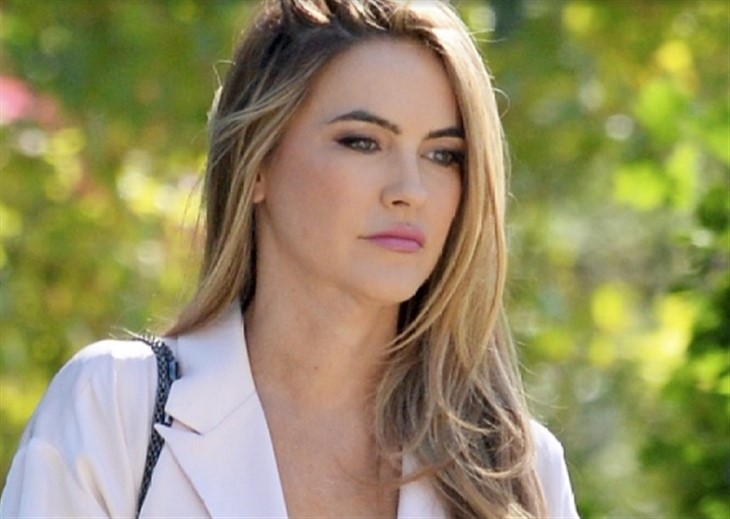 Days of our Lives (DOOL) spoilers reveal that alum and Selling Sunset star Chrishell Stause is talking once again about her divorce from Justin Hartley. Hartley starred as Adam Newman on The Young and the Restless before taking a role on the primetime hit This is US.

After his divorce from Stause was finalized, Hartley married Sofia Pernas in May. Pernas is also a Y&R alum. Before, during and after the divorce Stause has been open about the failed relationship.

Days of our Lives spoilers – Chrishell Stause Was Jordan Ridgeway

Hartley and Pernas married three months after he finalized his divorce from Stause. What does Stause think of the speedy aisle run? The Selling Sunset star let fans know on a season four episode of the real estate reality show.

In the scene Stause was shown dining with costars Mary Fitzgerald and Heather Rae Young. When asked about the nuptials, Stause told them, “I feel like the world heard that.”

Then she said in a confessional, “Justin is remarried to someone I know from back in the day, pretty well, and a lot of things made sense after finding that out.”

“I wish them the best. You know, I think that it actually, if anything, it felt good to know that. It felt like a little bit of closure.”

She added, “I feel like I found my voice, and I feel like there’s no anger left there because now I realize that’s not something I wanted for myself.”

Days of our Lives spoilers – What Happens Next In Salem?

Stause is now dating her boss Jason Oppenheim. Apparently she wasn’t done talking about Justin as she said, “I mean, if he wants to have 50 wives, like, go live your best life because I really feel like I am. Once you know something wasn’t right, whether it was your decision or not, it’s like, now… Out with the old, in with the new.”

According to Oppenheim, his relationship with Stause will be featured in season five. He told Fox, “[Getting together] didn’t feel weird to me. Sometimes I think things are going to be difficult, but again, we’re so natural with each other that it’s just easy.”

“I think the closer you are to somebody, the easier it is to film with them. So we’ve always had a really easy time filming together.”