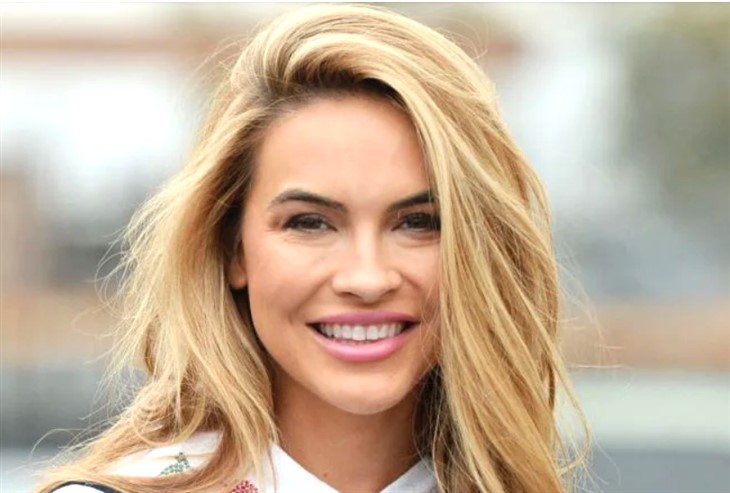 The new real estate power couple made their relationship official this summer and they’ve already trotted the red carpet together as a couple. Chrishell Stause couldn’t be happier with her new man or any less proud to show him off, but at the beginning stages of their relationship, Stause and Oppenheim opted for privacy to keep public commentaries from plaguing their budding romance.

Chrishell Stause Shares The Beginning Stages Of Her Relationship with Oppenheim

The 40-year-old Selling Sunset realtor told E! News the motive behind keeping her relationship with Jason Oppenheim a secret. According to her, she didn’t want people’s opinions to keep them from knowing each other on a deeper level.

“It’s just one of those things,” she exclusively told E! News. “You don’t want to share with everybody and get all their opinions before you really know what it is.”

“We really were really private and secretive for as long as we could until we realized the walls were closing in. People were getting a little savvy to it.”

The couple decided to reveal the relationship themselves rather than have the media exposing it. Stause officially announced her love for The Oppenheim Group Boss while on vacation in Italy, and so far, things have been working out for the couple.

“We made it to a point where we’re really happy to share it because we knew exactly what it was, so it’s all good.”

As for the first person to figure out that the pair were dating, Stause confessed that it’s her friend Mary Fitzgerald, who previously dated Oppenheim.

“We’re all just so close and we all work just so close together, and there’s no hiding it from Mary,” she said. “We work together constantly. She’s our best friend.”

She also shared the advantage of having Mary find out about it and the key role she played in having their relationship stay secret for a while longer.

“In fact, it was fine that she knew because she could kind of help detract any [attention] because if Mary’s there we’re all just hanging out as a group.”

The reality TV star insisted that there’s no awkwardness or anything of the sort between Mary and Jason, despite the pair’s previous history.

“That was so many years ago,” she said. “I just feel like we’re all best friends at this point. Her and Romain [Bonnet] are so happy. It just feels like a family. It’s nice.” 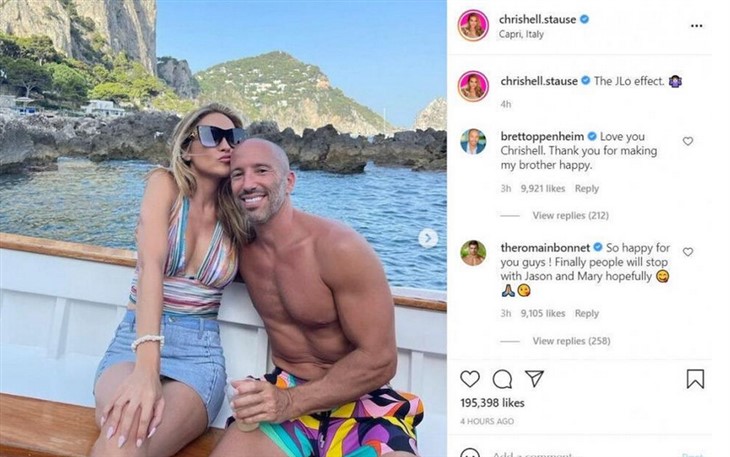 It’s yet unclear whether the couple’s growing romance will play into the upcoming season. During the explosive third season of the reality TV show, the former Dancing With the Stars contestant claimed that her ex Justin Hartley informed her of the divorce via text message, a mere 45 minutes before the news became public.

Stause also described Hartley’s divorce filing as stemming from his impulsive “I’m out” response to fights.

At the time of their split, a close source told PEOPLE that the pair have been having trouble for a while and were “fundamentally incompatible” with each other.