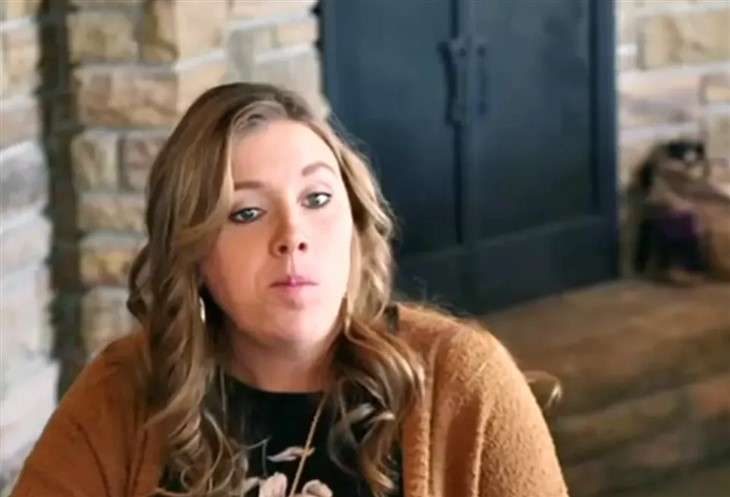 About a week ago, Anna Duggar’s husband Josh Duggar was sentenced to 12 and a half years in prison for being guilty of receiving and being in possession of child pornography.

Before Josh’s sentencing hearing, they’ve been news of Josh molesting five underage girls while he was still a teenager, four out of the five girls were his blood sisters. There has also been news of Josh constantly cheating on his wife Anna, even to the extent of opening a fake social media account just to cheat on Anna.

These and more were Josh’s crimes, but, despite all these, it seems Anna’s love for her husband surpasses all the atrocities her husband has committed because she has chosen to stick with him amid all this. Either that or Anna is plain daft because, at the initial stage, it was of the impression that Anna was ignorant of Josh’s crimes, then when the crimes came out in the open, it was of the impression that Anna was brainwashed by her inlaws with the insinuation that her husband is innocent of the crimes labeled against him.

In the Duggar dynasty, divorce is not an option, the Duggars consider divorce as an abomination, as they are staunch Christians who see divorce as a sin. The fact that Anna is married to a member of the Duggar family means Anna has to key into the Duggars’ religious faith.

Unfortunately, this is not the case here as Anna has decided to stick with Josh come what may. A source close to the situation tells In Touch. “She’s not the type to look for or even consider starting a new life with another man, but there are plenty of upstanding, religious men in the church who would appreciate and take care of a woman like Anna, there’s a lot of sympathy for her.”

The insider added that while Anna “doesn’t consider divorce an option,” she “has thought about” legal separation from Josh. It’s possible that she contemplated the move for financial reasons, or that she briefly saw the light and realized that she’s married to a man who has been engaging in predatory behavior for most of his life.

Whatever the case, it seems that Anna has now decided against pursuing a legal separation from her depraved husband.

Insiders have indicated that in the wake of news that Josh will be locked up for at least a decade, Anna has decided to move in with Jim Bob and Michelle. She and her children had previously been living in a small shack on the Duggars’ property.

Now, with news that Josh will be out of the picture and unable to provide for his family for the foreseeable future, it seems that a more permanent solution has been found in the form of Anna and her seven kids taking up residence inside the massive “Duggar compound.”

Anna has never held a job as an adult, and she has little in the way of formal education. Without the support of her in-laws, she would likely find it difficult to clothe and feed seven kids, the youngest of whom is still an infant.

Be sure to catch up on everything happening with Anna Duggar right now. Come back here often for all the Anna Duggar’s spoilers, news, and updates.