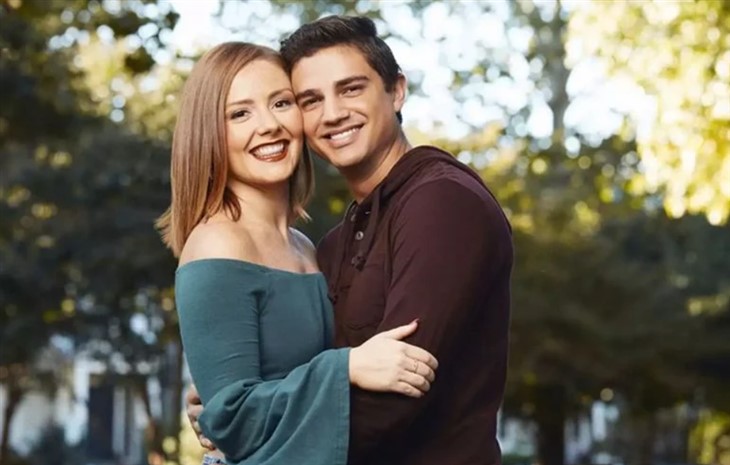 90 Day Fiancé spoilers, news, and updates tease that Guillermo gave some clues about his possible marriage to Kara.

Kara stepped foot on the TLC show when she met her boyfriend, Guillermo, in the Dominican Republic. Guillermo was working as a waiter in a restaurant and happened to serve tequila shots to Kara and her friends, and the latter revealed that she was immediately attracted to the Venezuela resident. When they started dating, Kara moved in with Guillermo until the two got engaged.

However, the pandemic separated the couple when Kara had to fly back to her hometown in Charlottesville, Virginia. Nine months later, Guillermo’s K-1 visa was approved, and immediately made his way to the United States and start fresh with the love of his life.

In his latest post on social media, Guillermo shared of photo of himself wearing a denim long sleeves with a printed red shirt underneath paired with gray pants and brown shoes. He completed his look with a cap and a pair of sunglasses. He captioned the post: “Be the love generation.”

Fans expressed their admiration in the comment section and wished him well in the new country. One fan commented, “You’re awesome and so in touch with life and reality. Enjoy yourself in America! Another one said, “Too handsome, dude! Hope you are enjoying the USA!” However, the eagle-eyed followers can’t help but notice the ring on his finger, which led them to believe that he already married Kara. One follower wrote, “When did you get married? Another one chimed in, “Hide the ring! Oops! Too late.”

In the previous episode, Kara’s friend raised a question to the couple regarding the thing that Kara does, which drives Guillermo “insane,” and the Venezuela resident revealed that it would be Kara’s drinking habit. “At some point, she just wants to keep going and never stop,” he said.

“It’s so bad to say that every time you drink, I know almost exactly how it’s going to end – drunk, not remembering the last night,” Guillermo continued. Kara’s friends defended the Virginia resident and told the cameras that she just naturally loves to socialize. Guillermo also stated that he didn’t stop Kara to drink alcoholic beverages, but she must also remember her limitations. He also shared about the times when he wanted to go home but Kara still wanted to stay at the party.