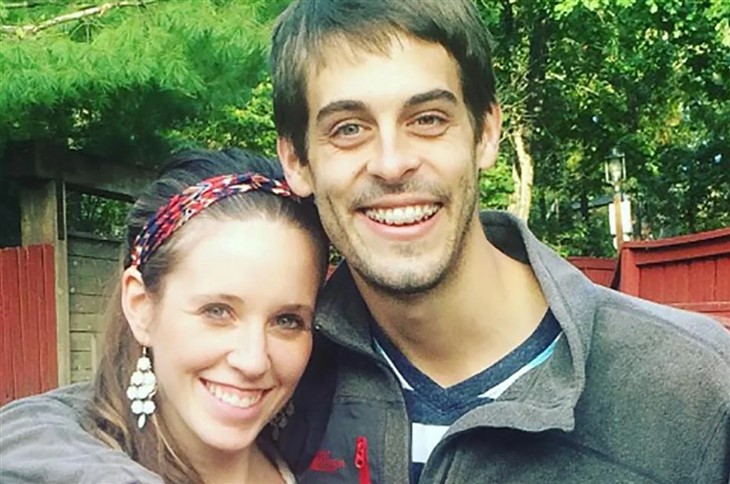 Counting On fans recently wondered if Derick and Jill Dillard relocated to Stilwell in Oklahoma. Well, some people reasoned that they might remain in Arkansas. After all, it’s not that from Oklahoma. Speculation arose when fans heard that Derick had listed a job there. Now, it looks like the former TLC stars might have actually relocated there as well.

Jill revealed that they listed their  Arkansas house for sale. For a while, rumors went around that  Derick had passed his bar exam. So, followers expected that soon the couple would announce that he landed a new job with a legal firm. After all, he seems super-serious about law as a career.

Whilst fans thought he might study o take down his father-in-law, Jim Bob Duggar, that wasn’t his motivating factor. Actually, Jill let it slip when she reacted to the case that she and her sisters lost. Recall, a judge ruled that an employee had immunity after leaking the girls’ details about the molestation by Josh.

Counting On fans heard that Derick is listed on the website of The Arkansas Judiciary as working in Stilwell, Oklahoma. Actually, fans noticed that it wasn’t really all that far away from Tontitown in Arkansas. So, some of them suggested that Derick might actually commute to work.

However, this weekend, his wife took to Instagram and posted up something that might confirm that they did indeed relocate to Oklahoma.

On Saturday, May 14, Jill took to her Instagram and shared three photos of the family. One of them showed her standing next to Derick Dillard, holding up a strawberry. Then another one showed them enjoying a tasty taco meal. Additionally, one of them showed their two boys, Sam and Israel enjoying themselves. In her caption, Jill hashtagged “#stilwelloklahoma.”

In her caption, the former TLC star said, that they all had a wonderful day. They “🍓… loved the parade, walk around, #indiantacos #frybread and all!.” Additionally, she noted, “🍓The boys have been sorting and swapping candy on the drive home and I think we have enough now to last at least until the next birthday or holiday lol.”

Well, that might not mean that they actually relocated. Of course, there is a possibility that Derick commutes there and thought the event might make for a fun day out. But, it also seems likely that they have moved to Stillwell.

Counting On fans took to the comments and mostly talked about how much fun the family enjoyed.One of them wrote, “Your family is so sweet. Your boys kept waving at us during the parade. We were on our motorcycle with CMA.”

Another fan seems to have assumed that Derick and Jill Dillard really did relocate, writing, “Welcome to Oklahoma. Turn your clock back 50 years.”

Be sure to catch up on everything happening with the TLC network right now. Come back here often for more news and updates about the former cast of Counting On.